National Women’s History Month—a time for all of us to come together to celebrate the bold, brave and downright stunning achievements made by women throughout history, despite all efforts made to suppress them— was established by Congress in 1987 and has been a notable annual event ever since. This year, however, the light we normally shine on these historic women was understandably shifted to another subject: the COVID-19 pandemic sweeping our nation. Understandably so, since this virus has caused unprecedented closures and disruptions nationwide, and has infected over 190,000 people.

Now, as we exit March, and thus Women’s History Month, and enter the month of April, we remain under the watchful eye and care of healthcare professionals and scientists worldwide who are sacrificing their lives to help halt the spread of coronavirus. So as one last hoorah to Women’s History month, and a salute to our brave fighters on the front lines, we’ve compiled a list of ten ground-breaking women who have forever changed the fields of science and medicine. 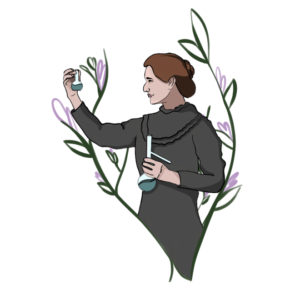 Most of you have heard of our dear Marie Curie: physicist, chemist, and academic pioneer, but do you know the details of her amazing story? The Polish genius studied at the College of Sorbonne, where she steadily rose in the ranks until becoming the head of the physics lab in the early 1900s, when women were rarely allowed to teach in universities at all, much less run the lab. In 1903, Curie and her husband jointly won the Nobel Prize for their research in radioactivity. 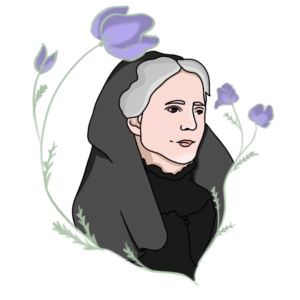 Elizabeth Blackwell, born in 1821, graduated from Geneva Medical College, becoming the first woman to graduate from medical school in the United States. Blackwell became an activist for low-income women’s health, and even founded a medical school for women in England. 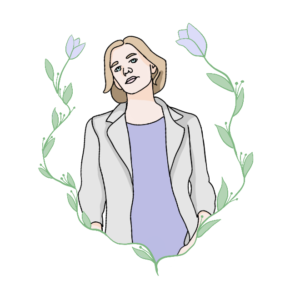 Jennifer Doudna is one of the leading geneticists of our time, helping develop CRISPR, the genetic-engineering method that could help eradicate cystic fibrosis, sickle cell anemia, Huntington’s disease, and HIV, as well as allowing for “designer babies.” She is currently a professor at UC Berkeley. 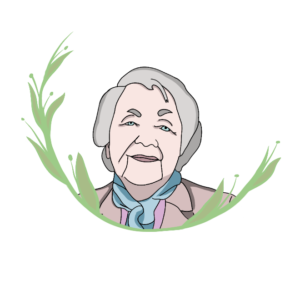 Born in York, England, Dr. Audrey Evans attended the Royal College of Surgeons in Edinburgh in the early 1950s, and was the only female student in the school. After becoming a Fulbright Fellow, she came to the United States in 1953 to work at the Boston Children’s Hospital.

In 1957, she was one of the first people to ever research Autologous bone marrow transplantation, which was a completely new medical concept then. She also conducted some of the first trials for chemotherapy agents like vincristine and dactinomycin, earning her the nickname “The Mother of Neuroblastoma.”

Additionally—as if she wasn’t already cool enough— she was even one of the key founders of the Ronald McDonald House in 1974, helping give families of young cancer patients places to stay while their children received treatment. In 2011, Evans co-founded the St. James School in Philadelphia to serve some of the city’s most disadvantaged children and their families. 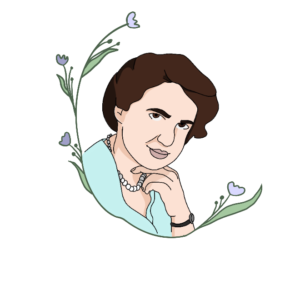 Rosalind Franklin, born in 1920, was a British biophysicist known for her revolutionary work discovering DNA and the famous “double helix structure,” as well as understanding X-rays and molecular structure. She was often spurned by the science community; once referred to as the “Dark Lady of DNA,” she even had her work copied and used by the famous James Watson and Francis Crick to claim the discovery of the double helix structure. Regardless, Franklin pushed on through the world of science, pioneering the study of tobacco RNA before her death from ovarian cancer when she was only 37. 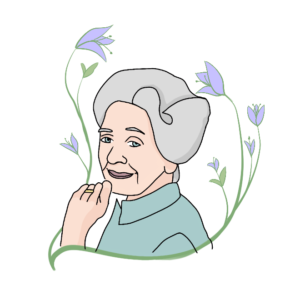 One of the most prominent neurobiologists of all times, Rita Levi-Montalcini was born in 1909 and went on to discover the Nerve Growth Factor, the protein that determines cell growth due to stimulated nerve tissue. While these words mean little to the average, non-sciency person, this discovery opened up the world of neurobiology and neurocognitive sciences to researchers who do understand these words.

After losing her position as an academic assistant while in school due to Mussolini’s law forbidding Jews from academic careers, Levi-Montalcini created a small laboratory in her bedroom and continued studying the growth of nerve fibers in chicken embryos. In 1952, Levi-Montalcini finally managed to isolate the nerve growth factor, and in 1963, she became the first woman to receive the Max Weinstein Award for her amazing contributions to the neurological field.

Later in life, she served on the Italian Senate and as a Senator for Life, an honor given to notable Italians. In 2012, at the time of her death, she was the oldest living Nobel laureate. 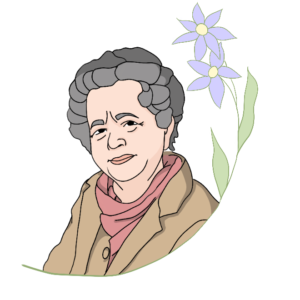 Born to Lithuanian and Polish immigrants in New York, 1918, Elion decided to pursue science after her grandfather succumbed to cancer. But after obtaining her bachelor’s degree in Chemistry in 1937, she was rejected from numerous graduate schools simply for being a woman.

She did not let that stop her, however: Elion took an unpaid position as a laboratory assistant and supported herself by working as a substitute science teacher in New York City public schools, researching and studying between classes to work her way up in the field.

Together with biochemist George Hitchings, she invented a new methodology to analyze the difference between healthy cells and pathogenic cells, and engineered drugs that could target particular pathogens. This new method of testing led to the groundbreaking developments of mercaptopurine, a drug which changed the game for victims of childhood leukemia, giving them markedly higher life expectancies. Her research has also led to the lessening of impacts from conditions such as rheumatoid arthritis and ulcerative colitis, and helped develop drugs to fight gout, malaria, urinary tract infections, and kidney stones. She was awarded with a Nobel Prize in Physiology or Medicine in 1988. 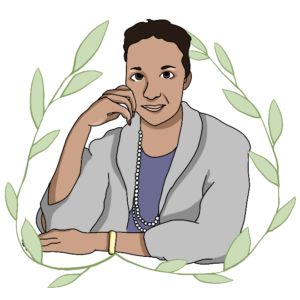 Descended from a highly renowned medical family, Wright worked tirelessly to defy racial and social barriers in the medical profession.

Wright is credited with one of the biggest breakthroughs in cancer treatment: the development of chemotherapy in the 1940’s. She is even credited with creating the groundbreaking method of using human tissue culture, rather than laboratory mice, to test the side-effects of potential drugs on cancer cells. Using this, she changed chemotherapy from being a last resort treatment to the frontline treatment in cancer research.

In her additional free time, she developed the usage of methotrexate to treat skin and breast cancer. You know, in case you needed to feel like you could be doing more with your free time. 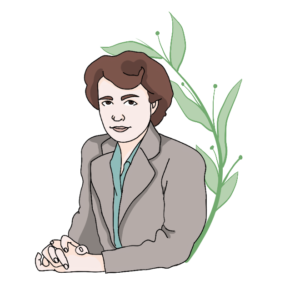 Dr. Gerty Theresa Cori was the third woman, and first American woman, to ever win the Nobel Prize in science, and the first woman to be awarded the Nobel Prize in Physiology or Medicine. Born in Prague to a Jewish family in 1896, Cori decided to pursue medicine when she was 16. But after realizing that she was woefully behind in her understanding of chemistry, physics, math and Latin, Cori set to work and learned eight years worth of each subject…in just one year.

Facing increasing anti-Semitism over the next few years, Cori decided to immigrate with her husband to the United States, where they were both employed at the State Institute for the Study of Malignant Diseases (now the Roswell Park Cancer Institute).

Together with her husband, she studied biochemistry, metabolism, and physiology, and went on to identify the enzyme that facilitates the decomposition of glycogen into glucose. Cori’s groundbreaking study, which was often overlooked in favor of her husband’s contributions, proved to make the basis of future viable treatments for diabetics.

In 2004, Cori, along with her husband, received the National Historic Chemical Landmark to recognize her work with carbohydrate metabolism. 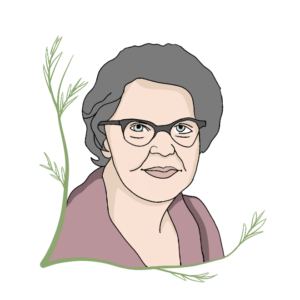 Dr. Helen B. Taussig was one of the earliest leaders among women in American medicine. Born in 1898, she was a staunch supporter of women in the science and medicine fields, and her drive to promote women in the sciences has inspired countless people worldwide.

She studied histology, bacteriology, and anatomy at Harvard Medical School and Boston University, but was prohibited by both schools from earning a degree. She was even prohibited from speaking to her male classmates, out of fears that she would ‘’contaminate’’ them.

Despite these hurdles, Taussig became a doctor and researcher and made several medical breakthroughs, shaping the field of pediatrics. She even created the entire field of pediatric cardiology when she published Congenital Malformations of the Heart in 1949.

Together with Drs. Vivien Thomas and Alfred Blalock, she created the “Blalock-Taussig-Thomas” system, which is used to extend the lives of children born with ‘tetralogy of Fallot’– the most common cause for the ‘blue baby syndrome’ condition.

In 1965, Taussig was the first woman to become the president of the American Heart Association.

How the Resurgence of COVID has Affected MTSU