Emily O’Neal looked down and checked her voicemail messages, seeing the notification for one outstanding call. Finally picking up the phone almost a week after the initial call, she replayed the message to find that her song “Paint Me” had been selected as a second-place winner for the John Lennon Broadcast Music Incorporated (BMI) Scholarship.

O’Neal, a junior commercial songwriting student at Middle Tennessee State University, found out about the scholarship both online and through a friend, who happened to win second place the year before. She submitted her lyrics and MP3 on a whim and thought enough time had passed that she hadn’t been selected. She remembers getting the voicemail on a Monday and not checking the voicemail until they called again on the following Thursday.

“I cannot believe I could’ve known for four days, and I just didn’t pick up the phone,” said O’Neal.

Established in 1997 by Yoko Ono, the scholarship was established in conjunction with the BMI Foundation to help honor John Lennon’s legacy as a songwriter and to encourage emerging songwriters.

O’Neal won the scholarship for her original song “Paint Me,” a song inspired by her old Jacksonville University roommate and adolescent insecurities.

O’Neal wrote the song in 2019 during her freshman year at JU while watching her former roommate paint in her dorm room. O’Neal was hit with inspiration, reflecting back on her high school career when she felt she had to paint over her insecurities to fit into the mold of who everyone else thought she should be.

Being homeschooled through middle school and half of high school, feeling like an outcast was common for O’Neal, despite trying to get along.

“I wasn’t ostracized or anything, but I wasn’t necessarily welcome, so I was just insecure about that,” O’Neal said.

O’Neal has always found solace in music, whether from the harsh realities of middle and high school drama or from the more bitter realities of adult life. Coming from a small town south of Jacksonville, Florida, O’Neal got acquainted with music through the privacy of a town away from the city.

Forced to take piano lessons at 6-years-old, O’Neal originally hated practicing, but when her instructor moved away at 10-years-old, she began to miss it.

“I’m glad it’s a skill that I had so I didn’t have to learn it once I started writing songs. I’m at least thankful for that,” O’Neal said.

After her piano teacher moved away, she didn’t touch the piano for a while, but once she started playing again and playing music that she really connected to, she finally started to enjoy it.

O’Neal would jump at every opportunity to sing, like singing at church or at local events around her town.

The excitement of a bigger city is something that she was craving, and she thinks she has found her home for a while within MTSU and Nashville.

Songwriting, she feels, is her true plan A.

Giggling, she says she didn’t write her first full length song until she was 13 or 14. The first song she ever wrote was called “Convenient,” hitting listeners with what sounds to be like first glimpses at heartbreak: “This ain’t love / it’s just convenient.”

“The songs when I’m 13 are about me being mad at my best friend … Stuff that doesn’t sound like a good song. I had to experience a little bit more life,” said O’Neal.

In the past year, however, the songwriter has found inspiration in the otherworldly, drawing from fantasy novels and fairy tales.

During quarantine, O’Neal found herself reading more often and found songwriting inspiration through the worldbuilding of fantasy, fairytales, inspiring the theme for her EP and title track, “Otherworldly.”

According to the press release, her EP explores themes of heartbreak, insecurity, nostalgia, regaining power and being swept away romantically. The EP has a range of undertones, varying from pop-punk to singer-songwriter while keeping the pop feel.

Drawing inspiration from pop powerhouses such as Ariana Grande and Taylor Swift while maintaining her own style, O’Neal steps into her own voice as a songwriter and artist with her official debut. O’Neal wrote and produced the entire project herself, apart from one cowriter credit (for “Villain”) and one producer credit (for “Paint Me”).

O’Neal learned the production side of songwriting during quarantine, craving a way to communicate what she wanted to hear in the studio.

She worked with producers on earlier singles before COVID-19, so she figured she would learn enough that she could communicate what she was wanting to have happen in the studio. O’Neal watched YouTube videos and recreated her favorite songs to see what the production process was like and eventually produced her EP almost entirely by herself. 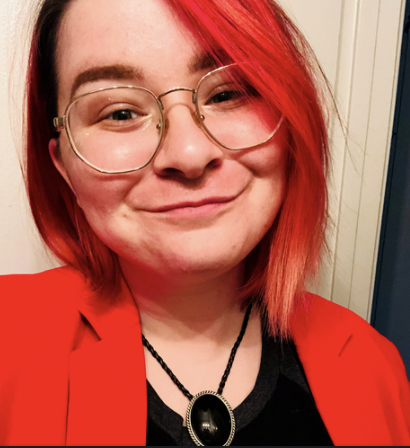