Middle Tennessee State University (1-0) heated up and never cooled down to win 70-49 against East Carolina University (0-1) on Tuesday night in Murfreesboro for their season opener.

The Lady Raiders got the fans in Murphy Center on their feet with some electric three-point shooting that sealed the deal for an MTSU win. Senior guard Dor Saar and junior forward Courtney Whitson took turns firing long bombs, shooting 4-6 and 5-9 respectively from beyond the arc. As a team, Middle Tennessee shot 50% flat from three-point land.

Freshman Courtney Blakely came off the bench and put on a show as well, mirroring Saar’s shooting prowess by shooting 5-10, and 2-4 in three pointers. She put a few East Carolina defenders in the spin-cycle as well, driving smoothly to the basket.

The most solid Lady Raider performance, however, came from Whitson. She shot 7-12 from the field, led the squad with 21 points, had the second most rebounds with six, shot 55.5% from three, had no turnovers, and made all her free throws. She was only on the court for six minutes.

Nonetheless, MTSU struggled with keeping the ball in their hands, racking up 29 turnovers from the whole team throughout the night. A majority of them came from underclassmen. Blakely had six, Jaylin Gregory had seven and Jada Grannum had five.

The opening period was not productive for either squad. It took more than two minutes of play for the Lady Pirates to finally score the first basket. Anastasiia Boldyreva went to the line and swished one for MTSU, but neither squad would score again until there were less than five minutes left in the period.

The Lady Raiders will travel to Richmond to face off against the untested Virginia Commonwealth University Rams. Tip off will be Friday at 5 p.m., and the game will be available for viewing on ESPN+.

Next MTSU STAYS IN CONFERENCE USA 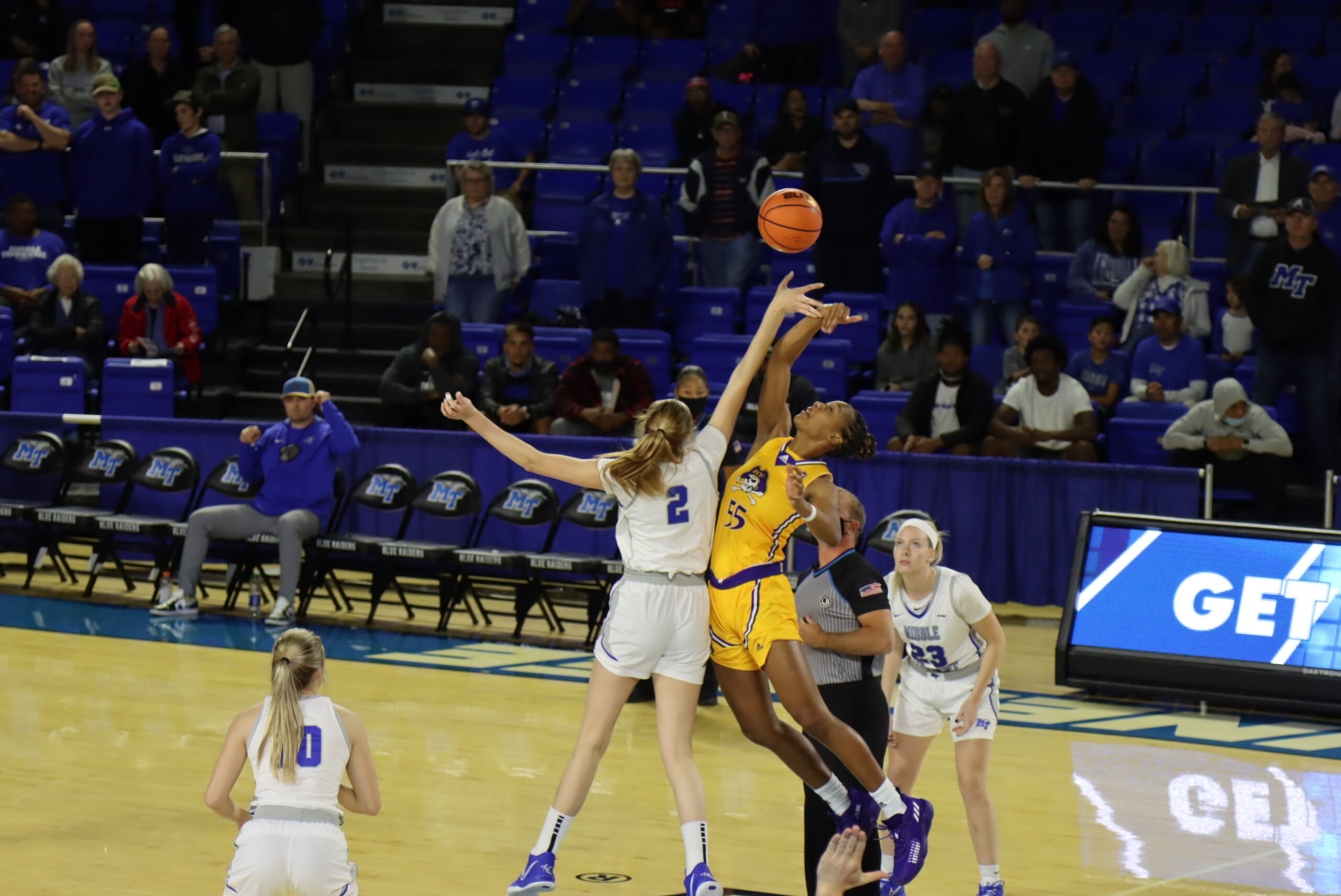