In his address, McPhee announced plans to update the Kirksey Old Main building on Middle Tennessee State University’s campus in the next several months.

When asked about plans to renovate the KOM in a question-answer session after his address, McPhee said he put in a request to the state, and the renovations would start “this summer or early fall.”

The updates made to the KOM would be like the ones the Wiser-Patten Science Hall received in 2017. McPhee also said that the other older campus buildings “need a lot of work.”

After boasting the MTSU’s faculty’s “student-centered” priorities when hiring teachers, McPhee acknowledged that not every instructor was perfect.

In his address, McPhee touted the excellence of MTSU students and called for them to “carry the flag of your institution” as well as to engage more with university activities. He also wants “more interaction across gender, across ethnicity, across race” among students. “You’ll be a better person,” McPhee told the Senate.

While answering a question about the process of installing new restaurants on campus, McPhee joked, “I’ve been lobbying for Krispy Kreme.”

The Freshman Council organized the event where students wrote these cards. Philanthropic Coordinator Antonio Dodson said there was an “oversight” and apologized for not delivering the 200 cards.

When it was brought to Student Body President Winton Cooper’s attention, he sent the cards to the hospital, but only those that didn’t reference Valentine’s Day, he said. Ultimately, only 60 of the 200 cards were sent.

Mosby said he believed the Senate should be “held to a higher standard” and should “make good on our promises.”

The Senate unanimously passed a resolution to give housing desk assistants who live off-campus a designated parking spot in residential lots, but only from 4:30 p.m. to 9 a.m. University College Senator Zoe Haub developed the resolution in cooperation with MTSU Parking Services.

In addition, the Senate passed a bill to make committee leadership positions and the speaker pro tempore senate-elected positions rather than appointed. The executive branch scholarship memorandum for 2022-2023 was also passed unanimously.

The discussion about the Valentine’s Day cards ran long at the end of the meeting and prolonged the session. With no end to it in sight, one senator raised his hand and said, “I move to end this meeting.”

The meeting agenda can be found on the SGA website. 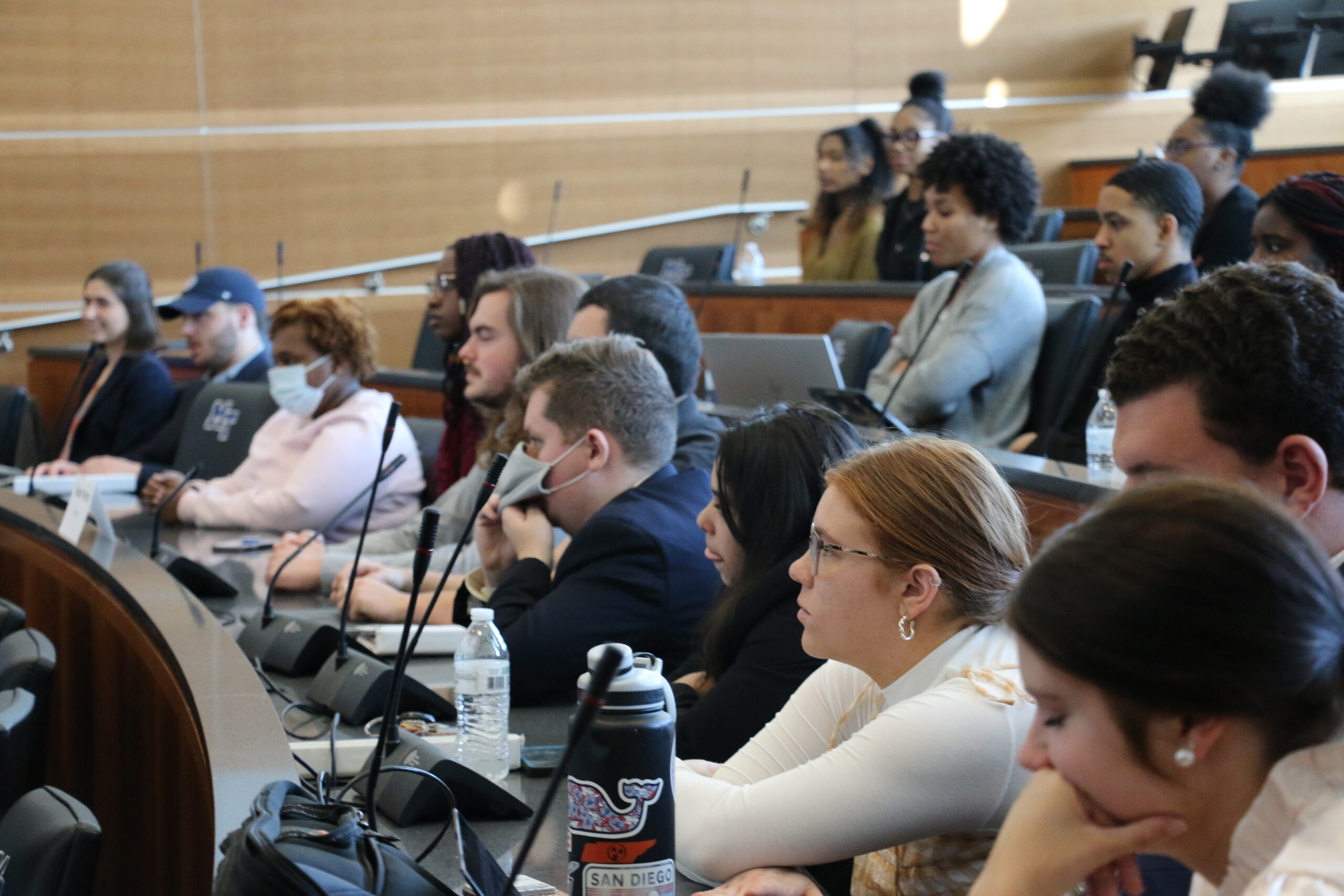