MT was taken down quickly in a three-set sweep against Rice at Alumni Memorial Gym Friday, losing 25-15 in each of the sets.

Rice proved to dominate early in the match, registering an immediate double digit lead. The Owls went on to take the first set 25-15, stealing momentum away from the Blue Raiders early into the matchup.

Middle Tennessee further lost pace with Rice, mimicking its performance in the first set into the next two sets. Rice led by 10 during most of the second set, winning it again by a score of 25-15. The third set was much of the same performance by both teams, with Rice jumping out to a quick lead to eventually take it at 25-15.

The Blue Raiders took on the UTEP Miners Sunday afternoon in another home contest, losing three sets to one against the Miners.

With the loss to UTEP, the Blue Raiders push their losing streak to three consecutive games.

The first set started strong for the Blue Raiders until attack errors gave UTEP the advantage, leading 17-10 at one point in the first set. Middle Tennessee would catch up near the set’s conclusion, trailing 22-21, but the comeback effort would ultimately fall short, dropping the first set 25-23.

UTEP took a quick 7-2 advantage in the second set’s introduction. Two errors from the Miners would tie up the score at 10-10. The Blue Raiders kept up with UTEP throughout the second set and finally took the lead 19-18 after a strong kill from senior Monet Marshall. MT would go on to steal the second set at 25-20, and headed into the third set tied at 1-1.

The third set started off strong for the Blue Raiders, going up 10-8, but the Miners would ultimately dominate later in the set. UTEP scored eight consecutive points, going from a 16-14 lead to a commanding 23-14 lead, effectively shutting down the Blue Raider’s momentum. The Miners took set three 25-18 and entered the fourth set with a 2-1 advantage.

Middle Tennessee lacked the energy displayed earlier in the match and fell behind four points at the fourth set’s introduction. The Miners would push their lead further, holding a safe 17-4 lead over the Blue Raiders. MT attempted a late rally, cutting the deficit to 20-10, but UTEP would go on to take the fourth set at 25-13 to give the Miners a 3-1 win over the Blue Raiders.

The Blue Raiders travel to take on UAB in Birmingham, Alabama Tuesday at 6:00 p.m. CT. 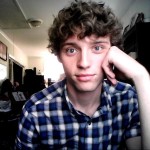