Some MTSU students are joining the debate on offensive symbolism by requesting the name of Forrest Hall be changed.

Forrest Hall was named after Nathan Bedford Forrest in 1958 due to his involvement in the Confederate Army. However, Forrest is also alleged to have served as the first Grand Wizard of the Ku Klux Klan in 1868, though he later distanced himself from the organization as it grew more violent.

Forrest Hall’s name has been protested in the past due to his connection to the Ku Klux Klan. However, enough students have supported the name through a series of open forums and Student Government Association votes, that it has stayed intact thus far.

After the shooting of nine Charleston AME church-goers last week by a white gunman who had been photographed sporting Rhodesian and Confederate logos, the nation has been in a whirl, discussing the affect of symbolism.

As a result, MTSU students have been protesting and petitioning online to reopen the discussion of changing the name of Nathan Bedford Forrest Hall.

Over 600 students have already liked the Facebook page “Change the Name of Nathan Bedford Forrest Hall MTSU,” a group developed this week to protest the name.

The page released a statement quoting Southern Historian Gordon Rhea saying, “It is no accident that the Confederate symbols have been a mainstay in white supremacist organizations from the Ku Klux Klan to the skinheads”.

The students have taken to social media in such fury that university president Sidney A. McPhee and the administration released a statement explaining the history of the building and calling the discussion, “appropriate”.

“In light of the horrific killings in Charleston, and the national discussion that has ensued in the aftermath, it is right and appropriate to revisit this matter with the university community, our alumni and supporters, and state officials, who by law must approve any change,” McPhee said.

In a more progressive and technological age, the opposed students have been able to ban together faster than in debates past. The students, alumni and faculty of “Change the Name of Nathan Bedford Forrest Hall MTSU” held their first meeting Friday evening, shortly before releasing a statement saying, “We call on President Sidney A. McPhee, the State Legislature, the Board of Regents, the SGA, and the Department of the Army to support our campaign and help to promote justice on MTSU’s campus.

Others in favor of the name have started a petition against the change, defending Forrest’s historical value.

“Do not fall under the hype and ignorance, educate yourself,” wrote Lane Matthews, creator of the “Keep the Hall Forrest Hall” petition. “Understand what and who he is, and sign in order to keep his name from being slandered further.” 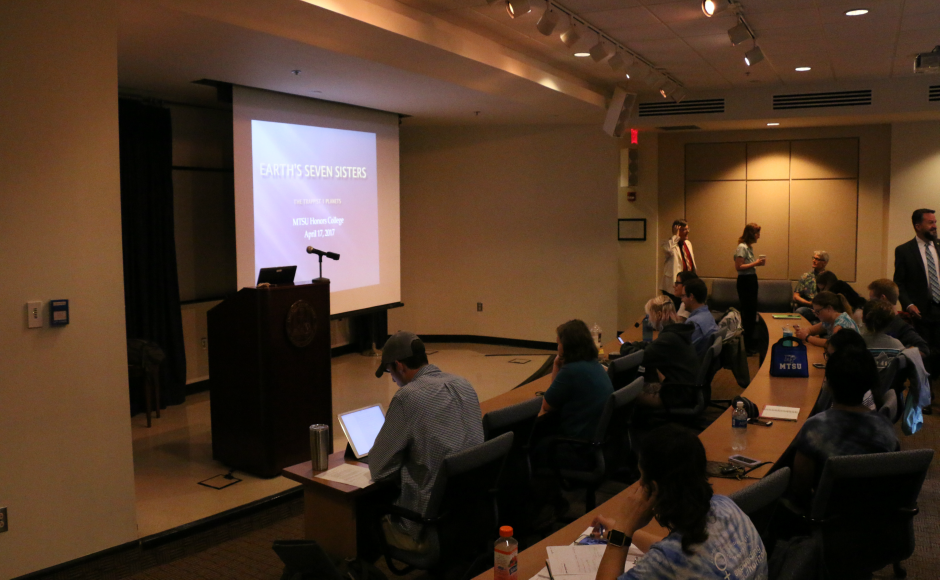