Four straight free passes handed out in the ninth inning by the Middle Tennessee pitching staff gave Southern Miss just enough to walk it off against the Blue Raiders.

The Golden Eagles (25-8,11-1) swept the Blue Raiders (14-18, 2-10 C-USA) this weekend in Hattiesburg, Mississippi, after MTSU’s pitching staff was unable to close things out in the bottom of the ninth, dropping Sunday’s contest 12-11.

MT’s  Cody Puckett started the ninth inning, but he was quickly run, after allowed three-straight walks, loading the bases for the Golden Eagles. Caleb Smith came in as damage control, but his lack of control on the mound gave the game to USM.

Riley Delgado had another spectacular day at the plate for the Blue Raiders, going 3-for-4 and drawing a pair of walks, while scoring four of MTSU’s 11 runs.

The Blue Raiders will travel to take on Vanderbilt at 6:30 p.m. CT on Tuesday for a rematch with the team they beat 7-4 on March 22 at Reese Smith Jr. field.

Previous 'Golden bats' of Southern Miss too much for Blue Raiders 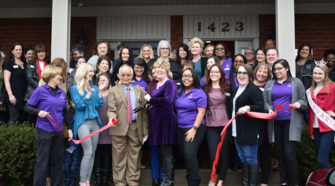