On one side of MTSU’s Campus Recreation Center, students entrust their health to barbells and treadmills; on the other side, students are provided with medical care including condoms, birth control and STI testing to protect against health concerns that are less predictable than the freshman 15

“Any given year that we’ve done assessments on it, we kind of hover between 65% and 75% of our students who say they were sexually active,” Schrader said. “It’s a service we want those students to know is available here.”

If you’re going to have sex, be prepared.

Understanding the risks and knowing how to prevent them is key. These tips may seem obvious to some people, but Schrader believes that STI’s and accidental pregnancies largely boil down to a lack of knowledge.

“I think if a student is coming from Tennessee, odds are they probably didn’t get a whole lot of information on this topic in their middle or high school experience because of the nature of our state,” Schrader explained. “I think it’s really important if we’re going to be adult enough to engage in sexual activities, then we need to be adult enough to do some research on our own, and to have conversations with providers who have accurate information.”

According to Schrader, MTSU’s accidental pregnancy rate is about twice the national average while the number of students at MTSU with sexually transmitted infections is comparable to the national college rate.

“We’re a little bit higher on bacterial infections and I think that’s related to the fact that our condom use is lower than the national average… [there’s] only about 50% of students who say ‘I always use a condom during vaginal sex,'” Schrader said.

I have also heard that penis extenders aid in maintaining libido. My friend was telling me to check reviews and results. It is well worth trying a variety of options to maintain your sexual health. There is a lot that these students need to learn though when it comes to practising safe sex. For example, even many don’t even understand things like what a vasectomy is and the fact that men can easily get a vasectomy reversal if needs be. Some other students think that you can’t get pregnant when you are on your period. Some just think that a condom is 100% effective, whereas we all know that the only way to not get pregnant is to practice abstinence. So even if the students aren’t getting a vasectomy it is still important that they learn everything they can to stay safe. They need to know their options and sex shouldn’t be something that they are ashamed to talk about and hopefully teaching them everything will now will benefit them in the far away future.

The most commonly reported STI’s at MTSU are human papillomavirus (HPV), chlamydia and herpes. Chlamydia is bacterial infection that can only be transmitted from infected sexual partners. Both HPV and herpes can be spread through skin contact, not necessarily sexual contact.

Schrader explained that preventing HPV and herpes with condoms is more difficult than with chlamydia, but precaution should still be taken. Another precaution that can be taken against HPV is getting the Gardasil vaccine, which is available at the MTSU clinic.

MTSU’s clinic does provide testing for STI’s, but students must make an appointment before being tested. Schrader said that STI testing typically involves a combination of a visual examination, as well as taking a urine sample and blood sample. It is very important for sexually active people to be regularly tested, as getting tested is the only way for a sexually active person to be sure of their STI status and to stop the spread of STI’s among their sexual partners and beyond. Contrary to popular belief, you can have a STI whilst not showing any symptoms and pap smear won’t detect stds, except for in a very few special circumstances.

“We also, throughout the year, offer HIV testing for free,” Schrader said. “So even if students aren’t necessarily concerned about risk of other infections, if they have a particular interest in their HIV status…that’s something that can be done without an appointment, just walking in here in health promotions.”

Occasionally, free testing for the human immunodeficiency virus (HIV) is also done in the Student Union or James Union Building through an oral test for students who would prefer to avoid needles.

“With HIV, at least in the United States, the highest positivity rates are among men who have sex with men. So we would always recommend anyone in a male-male sexual relationship to be aware of what their HIV status is,” Schrader said. “We also know that it’s higher in communities of color than it is in other populations. So even if you are not in a same-sex relationship, if you are a female of color or a heterosexual male of color, you may also wish to be tested just because the rates are higher in those communities.”

Due to the fact that HIV is spread from blood-to-blood transmission, students with tattoos or an occupation that involves being exposed to blood should get tested for HIV in addition to sexually active students.

Based on results from a 2013 survey, almost half of MTSU’s students had one sexual partner in 12 months, almost 20 percent had no sexual partner and about 30 percent said they had two or more during this time frame. A new health assessment is expected to be administered to students in a few weeks so that more current results can be collected.

“One thing that’s interesting with college students nationwide is that in the last decade, rates of sexual activity have actually declined,” Schrder said. “So more students are coming into college either never having had sex previously, or just not having as many partners as what we were seeing with students ten years ago.”

You don’t have to play the field to contract an STI. Even with fewer partners, students are still at risk of STI’s, especially if they have unprotected sex.

Out of the variety of sexual health services offered, Schrader said that the most popular service students use is birth control counseling. According to statistics from MTSU’s pharmacy, between July 1, 2015 and June 30, 2016, 3,000 birth control prescriptions were filled.

Through birth control counseling, students can choose either hormonal or non-hormonal contraceptive options. Hormonal birth controls include birth control pills, the Nuva Ring, arm implants, contraceptive injections also known as Depo Provera, and emergency contraception commonly known as Plan B. The non-hormonal options are male and female condoms or dental dams. I hear these are popular in the adult industry on some websites similar to https://www.nu-bay.com/categories/305/european.

Hormonal implants have only been offered as a contraceptive option at the MTSU clinic for about two years, but according to Schrader it’s been gaining popularity among female students.

“It’s a type of contraceptive that’s considered a long-acting, reversible contraceptive,” Schrader explained. “[The rod] is inserted [into the arm] by the physician and left in place for up to three years. So if a student knows that they are not wanting to have a child in the next three years, it’s a lot easier than having to remember to take a pill every day or having to come in for a shot every three months.”

Regarding emergency contraception pills, Schrader said she commonly hears the misconception from students that it is the same as the “abortion pill,” which MTSU does not offer.

“They’re two different medications. If you happen to already be pregnant and know it, emergency contraception is not going to end that pregnancy,” Schrader said.

Students must take the emergency contraception within 96 hours of having sex in order for the medication to be effective, and can purchase this contraception option at MTSU’s pharmacy.

“It’s not as effective as other [contraceptives] and it’s more expensive than the others,” Schrader explained, “but absolutely if you need it we want to have it available for you.”

Pregnancy tests are also available through MTSU’s clinic, and health providers can give students information on abortion services and nearby resources if needed.

Contraceptives are available MTSU’s Health Services through appointment, or free condoms are located in the Health Promotion lobby.

Following appointments, MTSU’s pharmacy can fill prescriptions for hormone-based birth controls and anti-biotics or anti-viral medications. If a student cannot pay for their prescription the same day as their visit, the charge is added to their student account.

“Sometimes we get questions, ‘well will my parents see that?’ So [the charge] just shows up as ‘health services charge’…or a benign descriptor, so there’s still confidentiality with it,” Schrader said.

Costs of prescription medications vary depending on the student’s insurance policy. For students without health insurance, Schrader said the pharmacy will work with the student to find the cheapest and effective medication option.

“I don’t feel like they would get the same amount of guidance at other places in the community,” Schrader said.

This story originally ran in the Sex Edition on September 21. To see other content from the Sex Edition, click here. The next installment of Sidelines’s Sex, Drugs and Rock N’ Roll series will be available on campus in October. 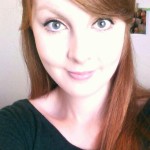