The presidency of Barack Obama, the first African-American President of the United States, was something of a cultural phenomenon. Here was a Senator who defied the stereotypes set by an intolerant society. Here was a Harvard graduate who fought past the social constraints imposed upon African-American citizens. Here was a symbol of progress and change for a culture that had only been freed of physical chains less than two centuries prior.

While this phenomenon was undeniable and its effects are nearly immeasurable, another cultural phenomenon reared its head during Obama’s presidency. What was it?

For better or worse, internet memes have completely changed the way society perceives people, ideas and events. Memes are now one of the most popular means of humor, and the seemingly endearing relationship between President Barack Obama and Vice President Joe Biden has become joke fodder for the internet.

In light of the recent election, citizens of cyberspace have painted an alternate portrait of the 44th President and his right-hand man through the creation of clever memes. Below, you will find eight of the dankest memes depicting this manufactured, political bromance. 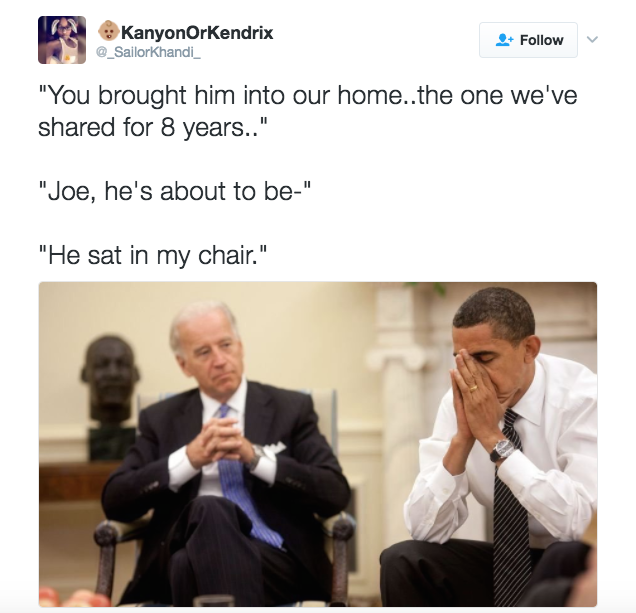 As depicted here, meme creators work to show that Obama and Biden have an humorous but unbreakable bond. This meme, among many others, serves to solidify the strong fetters that link the two. They are not simply seen as coworkers or political partners, but as friends whose relationship is grounded in trust and sealed in time. 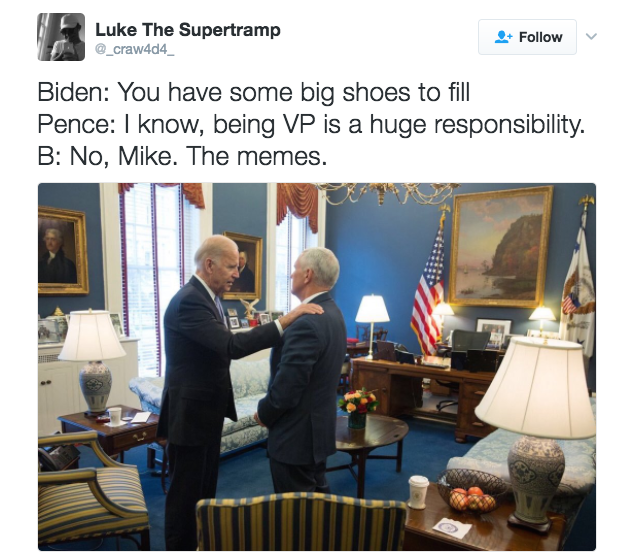 Vice President Joe Biden is often depicted as a whimsical man in memes. He can’t be bothered to handle any confusing, political mumbo jumbo. 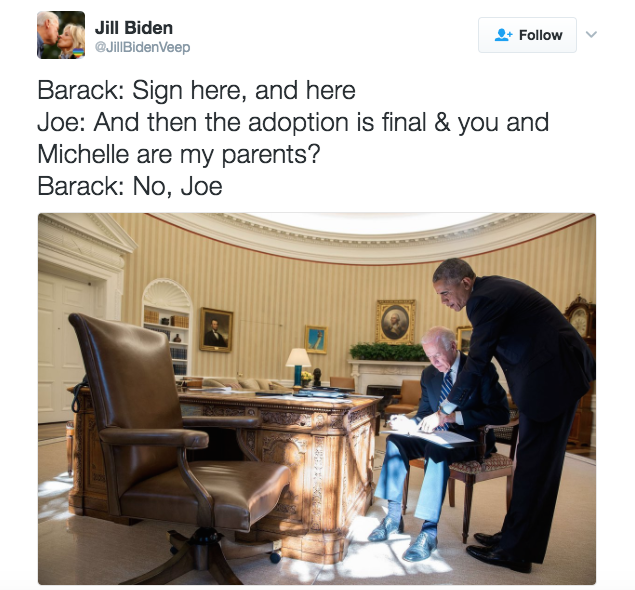 Meme depictions of Joe Biden often portray him as the less bright, childlike character. Adversely, Barack Obama is the stern parent, who must handle all the important business himself. 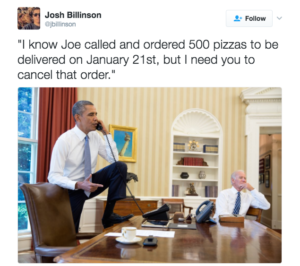 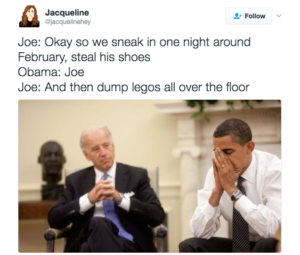 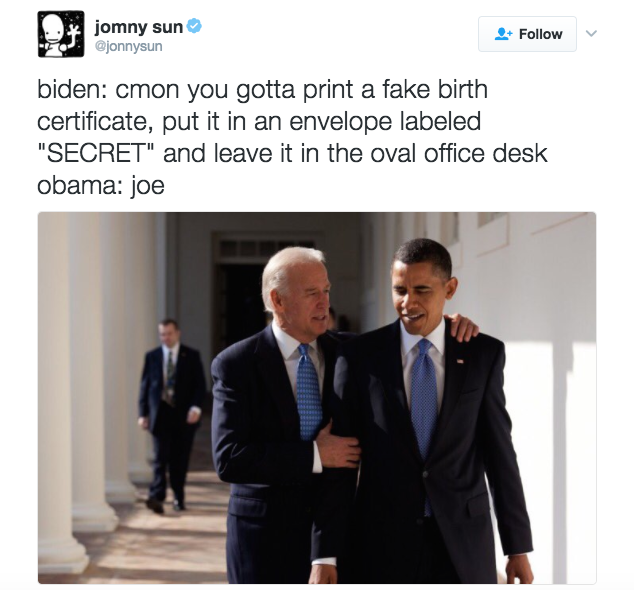 Over time, Meme Biden grew from a dunce-like child into a mischievous teenager and rebellious prankster. 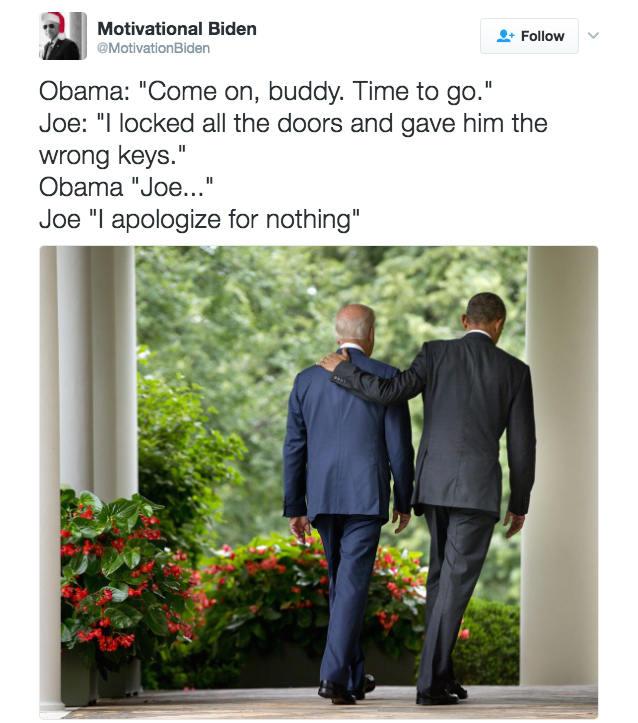 Most recently, such memes have become a platform for a community of uncertain Americans to express their feelings about the post-Obama/Biden future of the United States. 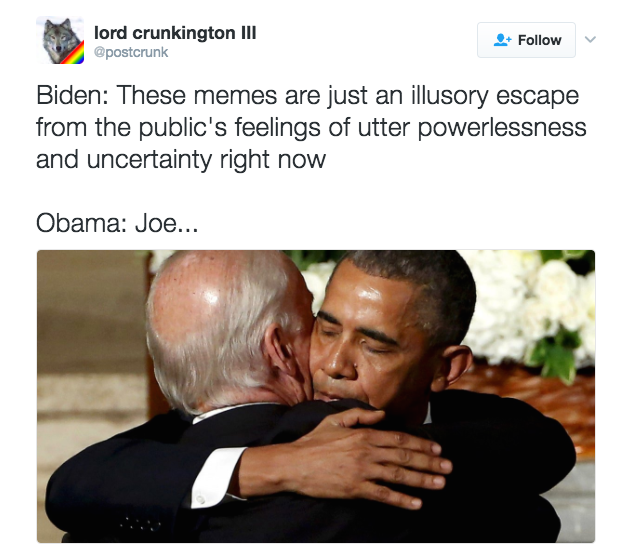 Evan served as a Lifestyles Reporter throughout college before accepting a position as Assistant Lifestyles Editor.