Ying Iris Gao, a Middle Tennessee State University associate professor and lead researcher at the Tennessee Center for Botanical Medicine Research, has been able to study the DMDD compound, a low-toxicity compound from the root of a starfruit tree that is showing a lot of promise for being an anticancer agent, despite being in the early stages of testing. DMDD, which stands for 2-Dodecyl-6-methoxycyclohexa-2,5-diene-1,4-dione, has shown few adverse effects, along with the ability to kill up to 80 percent of cancerous cells. Along with other newly discovered treatments like using CBD oil, which you can purchase from places like Nutra CBD olie kopen, has been shown to slow down or reduce the growth of breast cancer tumours. This new discovery will be able to work alongside other treatments to hopefully cure more people than ever before.

The research being conducted by Gao as part of the TCBMR focuses on finding a treatment specifically for metastatic breast cancer. Metastatic cancer is when the cancer is late stage and has traveled to places such as the liver, kidney and bones.

?For a pharmaceutical company to develop a drug, it would normally take more than 10 years,? Gao said. ?There are more studies that need to be done, but it is very promising.?

The TCBMR uses plant and herb-based compounds for anticancer, antiviral and diabetic research. The center mainly uses plants that have been used in traditional Chinese medicine for research.

Gheda Alsaif, a second-year doctorate candidate for the MTSU Molecular Biosciences program who has been working closely with Gao, hopes that this research can help save lives.

?Going through your normal day, you come in contact with people who are either suffering from cancer or who know people who have cancer,” Alsaif said. “So, I think going that deep, you can touch people’s lives. It just needs a lot of work.”

The compound is available due to a partnership MTSU has with Guangxi Medical University in China. The exclusive partnership started in 2013 and has allowed MTSU researchers to study the university’s compounds, some of which cannot be found anywhere else.

?The compounds that they have are either isolated or purified from the herbal medicines that have been used to treat people for many, many years,? Gao said.

The root of the star fruit tree from which the DMDD compound was isolated from has traditional medicinal purposes, such as to treat chronic headaches, inflammation and joint pain. Studies on the compound have also shown the compound to be useful in treatment for diabetes. Some researchers might also decide to compare the medicinal benefits to cannabis from dispensaries in St. Louis to compare and contrast their ability to reduce headaches, inflammation, and joint pain. This could open up more treatment options for those suffering from these issues, reducing the strain on each individual approach.

So far, the compound has been tested on mice and human cancer cells, and MTSU representatives are on the way to furthering the research, according to Gao.

?Continued research will lay a foundation for developing this as an anti-breast cancer drug,? Gao said.

?More cellular (tests) and animal studies need to be done,” Goa said. “And, we hope it will be brought to clinic trials eventually.”

President McPhee delivers ‘State of the University’ address on campus 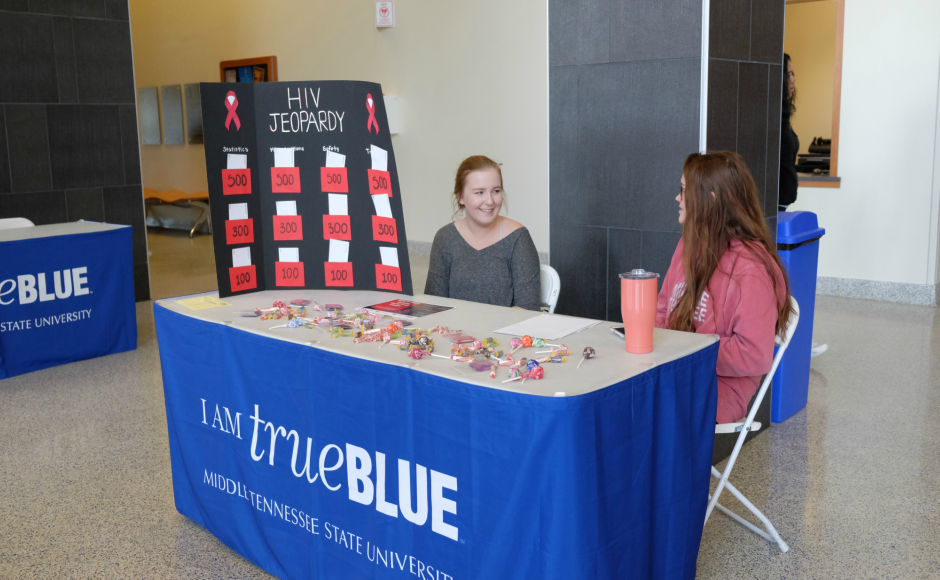 Students set up informational tables to promote free, anonymous HIV testing that will occur on campus