Death drops, rollerblading, backflips and more took place in the Keathley University Center Wednesday night during a Holiday Drag Show co-sponsored by MT Lambda and MT Spare. Meanwhile, tips were collected throughout the night for the Little Raiders Fund.

“This is actually not the first time we’ve hosted drag shows on campus, but it has been about four or five years since we last had one,” said Kristopher Roberson, MT Lambda President. “We want to bring it back this year and make it a yearly tradition again.”

While it may be true that many in the student-filled audience did not know what to expect from a drag show, they were eager to see the performers take the stage.

And, for many, the drag performers delivered.

“It was really entertaining,” said Holli Kerns, a freshman studying biochemistry who watched in awe. “I hope they do (the show) again next year.”

Nine performers took the stage during the event, including Nova, a freshman performer who heavily contributed to the show, and Veronica Electronika, the night’s emcee who opened the show around 6:30 p.m. Electronika kicked the night off by performing to a jungle-festival blend of music in a ruby red outfit complete with a cape that resembled the image of Little Red Riding Hood.

From slow melodic music to upbeat electric remixes of popular songs, the flow of tracks kept the night in motion. Shocking moments included one of the queens leaping from the stage and landing in a perfect split, along with a few death drops, which is when performers fall backward and drop suddenly to the ground.

Even without prior knowledge of what a drag show consists of, the crowd was very attentive and full of fast-learners. However, not all in attendance were newbies.

“I am here because I love drag,” said Kyla Fowler, a freshman studying accounting.

Judging by the cheer and roar of laughter throughout the night, many will likely follow in Fowler’s commitment to drag.

The night ended with Electronika lip-syncing and performing to an audio track of Mariah Carey’s infamous vocals leaked from the Rockefeller Center Tree Lighting.

This hopefully won’t be the last drag show on campus, but those in search of a full-on show in the meantime should try PLAY in downtown Nashville, which hosts a College Night on Wednesday nights. 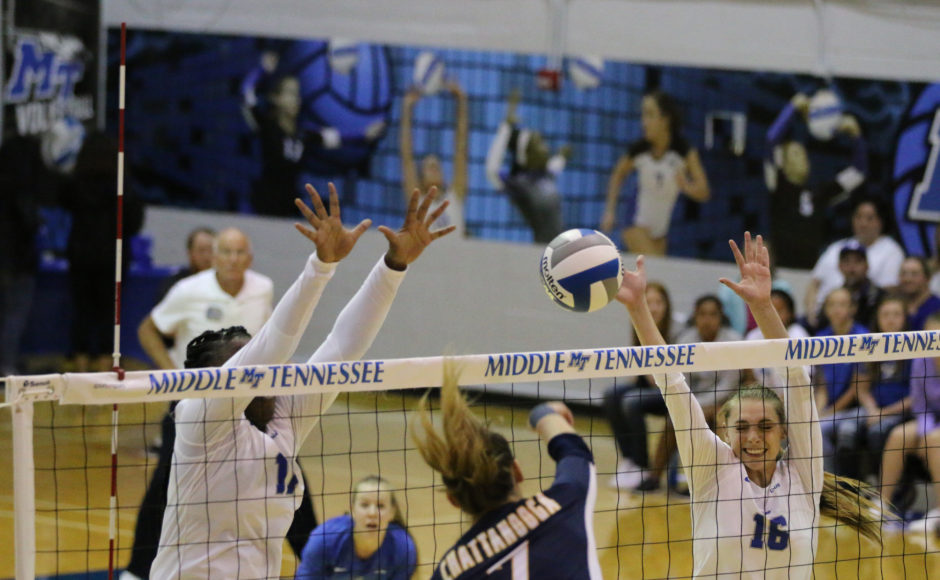