Getting Into It: Shoegaze

With an outpouring of unusual musical tastes and genres existing under the easily accessible surface of popular music, it makes sense that such styles have formed fervent cult-like followings among listeners. In our “Getting Into It” series, we’ll explore some of these underground genres and talk about the artists that best illustrate the intriguing musical cultures they belong to.

Even for people that claim to love the genre, shoegaze is a difficult musical movement to fully pin down. Part of this comes from a lack of consensus over the defining characteristics of shoegaze music, but also that no two bands that fall under the label sound remotely like one another. The catch-all term for this style of dream-pop that emerged in the late ’80s was coined by British journalists who noticed how these musicians would spend their entire live sets staring down at the maximalist effects pedalboards at their feet to craft their signature sounds. While you’ll find large amounts of variance from band to band, the general sound of shoegaze can be best described as atmospheric pop-rock with a wall of heavily distorted and effects-driven guitars washing out soft, whimsical vocals underneath. So where did shoegaze acquire this sound that has influenced waves of indie-rockers today? There’s a number of landmark artists that pretty much all fans of the genre consider essential to the movement, so let’s find out who they are and why their efforts were so groundbreaking. 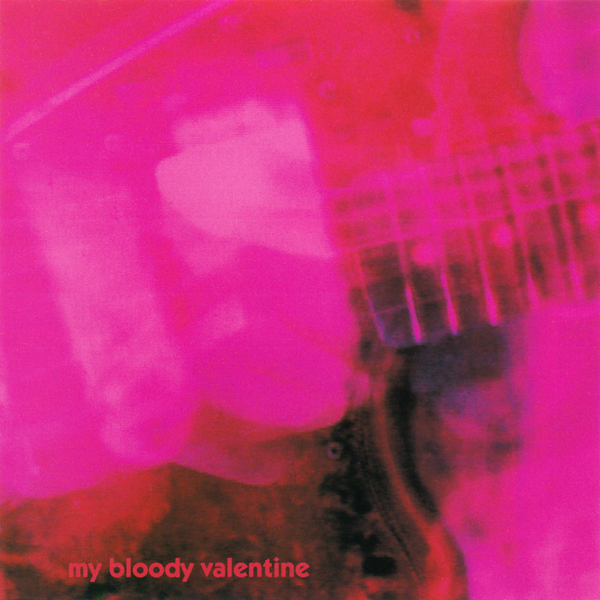 While they weren’t the first band to be recognized as shoegaze, it seems universally agreed that My Bloody Valentine is the most celebrated group to shape the eclectic genre. If shoegaze were a religion, their 1991 album “Loveless” would undoubtedly be its holy text. “Loveless” is significant for a number of reasons, the first being the process the band went through to record it. In 1989, the group, under the creative control of frontman Kevin Shields, went to work on their second major album under the independent record label, Creation Records. The record was originally supposed to take a week to record, but instead, Shields’ intention to craft his masterpiece meant it would take an entire two years of laborious experimentation before the group was finally content with their project. Creation wasn’t very enthused, however, as the album not only bankrupted the small label, but provided nothing in the way of commerciality. My Bloody Valentine was shortly dropped, but “Loveless” became a cult-classic. From the opening snare hits of “Only Shallow” to usher in the record, “Loveless” bathes listeners’ ears in a whirling atmosphere of incredible bliss. The combination of the indecipherable lyrics and floating guitar riffs from song to song provides a truly one-of-a-kind musical experience that makes “Loveless” one of music’s most wonderful secrets, as well as an immense influence over the bands that would rise up in their musical shadow.

Recommended Tracks: “Only Shallow,” “When You Sleep,” “Come In Alone,” “Sometimes” 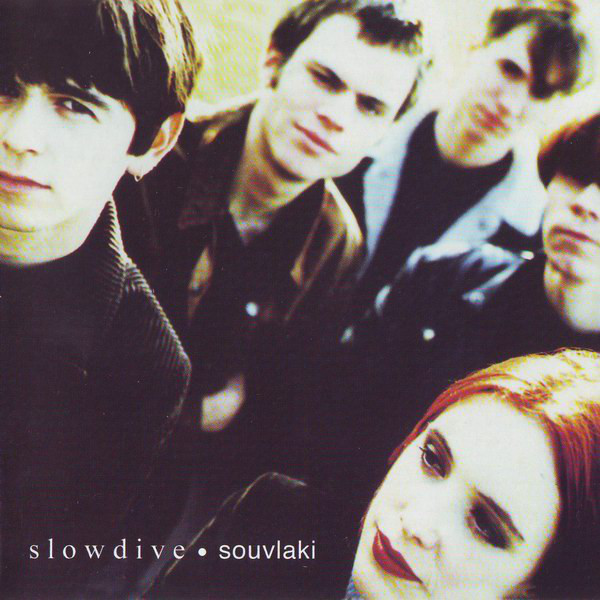 Like My Bloody Valentine, Slowdive’s music has the unique ability to evoke the sense of dream-like fantasy through their immaculately crafted soundscapes. Their 1993 effort “Souvlaki” exemplifies this ability, with the drifting feeling of melancholy arising from densely-layered guitars on “Alison,” and the powerful sonic-depth of “Souvlaki Space Station” mimicking the echoing vastness of space itself. Because of this, the attention to texture in Slowdive’s music is perhaps their greatest strength and such a craft has allowed them to stage quite a comeback with their 2017 album “Slowdive,” which broke a decade-long hiatus in their discography. The record continues the band’s focus on hazy sadness with subdued songs like “Sugar for the Pill,” but the wonders of modern digital recording on “Slowdive” has given the band an opportunity to further expand their sonic texture and keep the original spirit of shoegaze alive today. 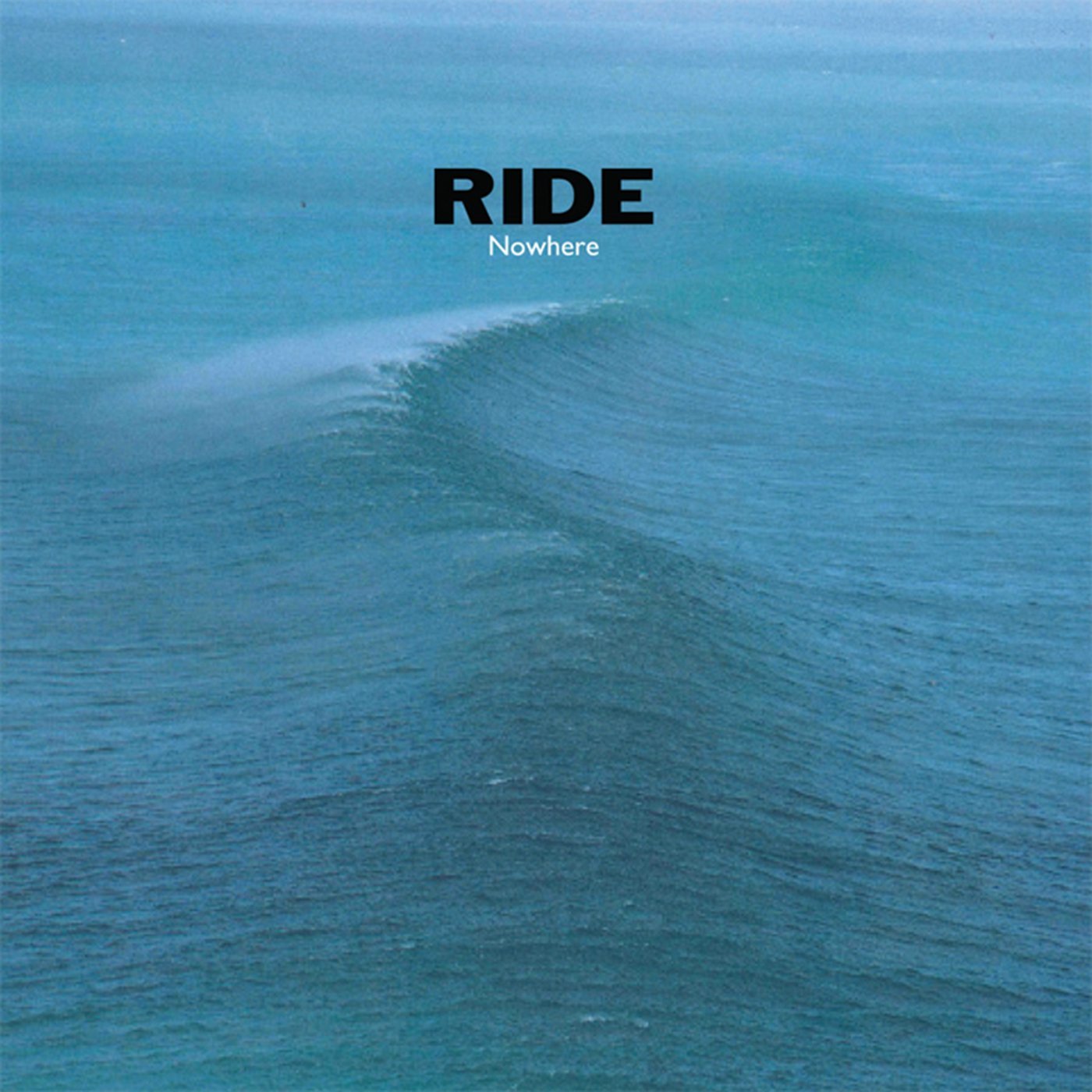 Ride is considered the third most iconic of shoegaze artists, but holds the title of having arrived at the sound first. However, the stylistic approach on their seminal album “Nowhere” varies from that of their shoegaze contemporaries in that, while still maintaining large, guitar-laden demonstrations of sonic ambience, Ride’s songwriting is more direct. The song “Seagull” uses a grooving bassline over an energetic beat, as opposed to the sullen, meandering melodies of My Bloody Valentine and Slowdive, and explodes with exuberance as the wall of noise reaches a triumphant peak of chaos and discord. The vocals throughout the album are more pronounced as well, with precise harmonization on songs like “Vapour Trail,” where they’re the main focus of the track, instead of falling in line with shoegaze’s tendency to make them ancillary components underneath pummeling guitars. “Nowhere” underscores the broad variances within the genre, showing that an album that sounds quite dissimilar to its surrounding scene can still be hailed as a definitive classic.

Recommended Tracks: “Seagull,” “Vapour Trail,” “Taste,” “Leave Them All Behind”

With the foundation of the shoegaze being laid out, let’s look at some artists today that — while being influenced by their predecessors — manage to put their own spin on the nebulous genre.

A Sunny Day in Glasgow 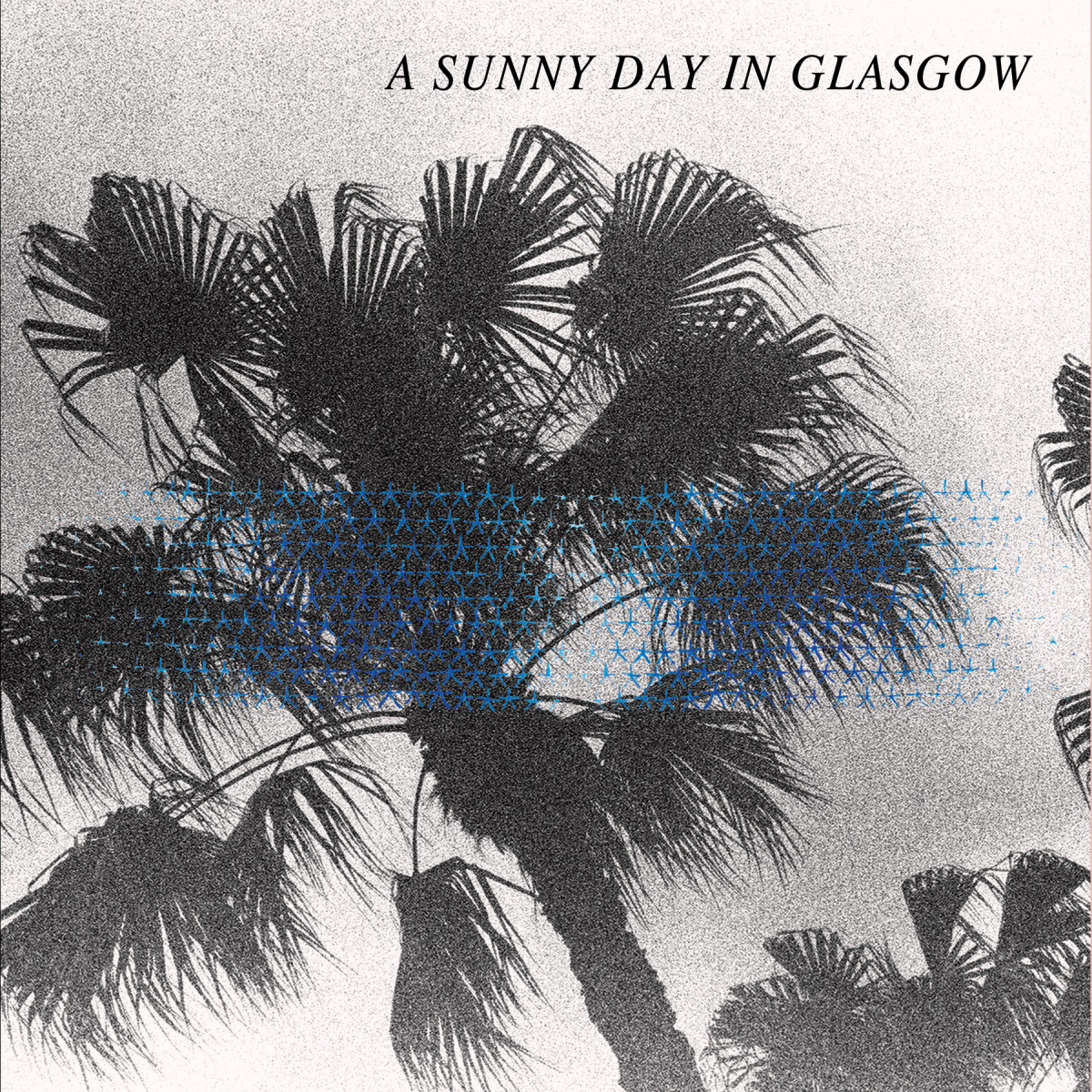 When turning on A Sunny Day in Glasgow, it’s not uncommon to find yourself slapped across the face with whirlpools of multi-faceted sound. The tunes that emerge from records like “Sea When Absent” each seem to hold their own vivid moods, as if each is a different small world to peer into for its allotted run-time. Their female-led vocals provide a pleasant sense of wonderment over layered mixes of both guitar and synth, which becomes a soaring collection of pieces to pick apart. And because they don’t allow themselves to rely too heavily on any certain songwriting style, the music A Sunny Day in Glasgow makes for engaging listening experiences from front-to-back on their distinct albums. 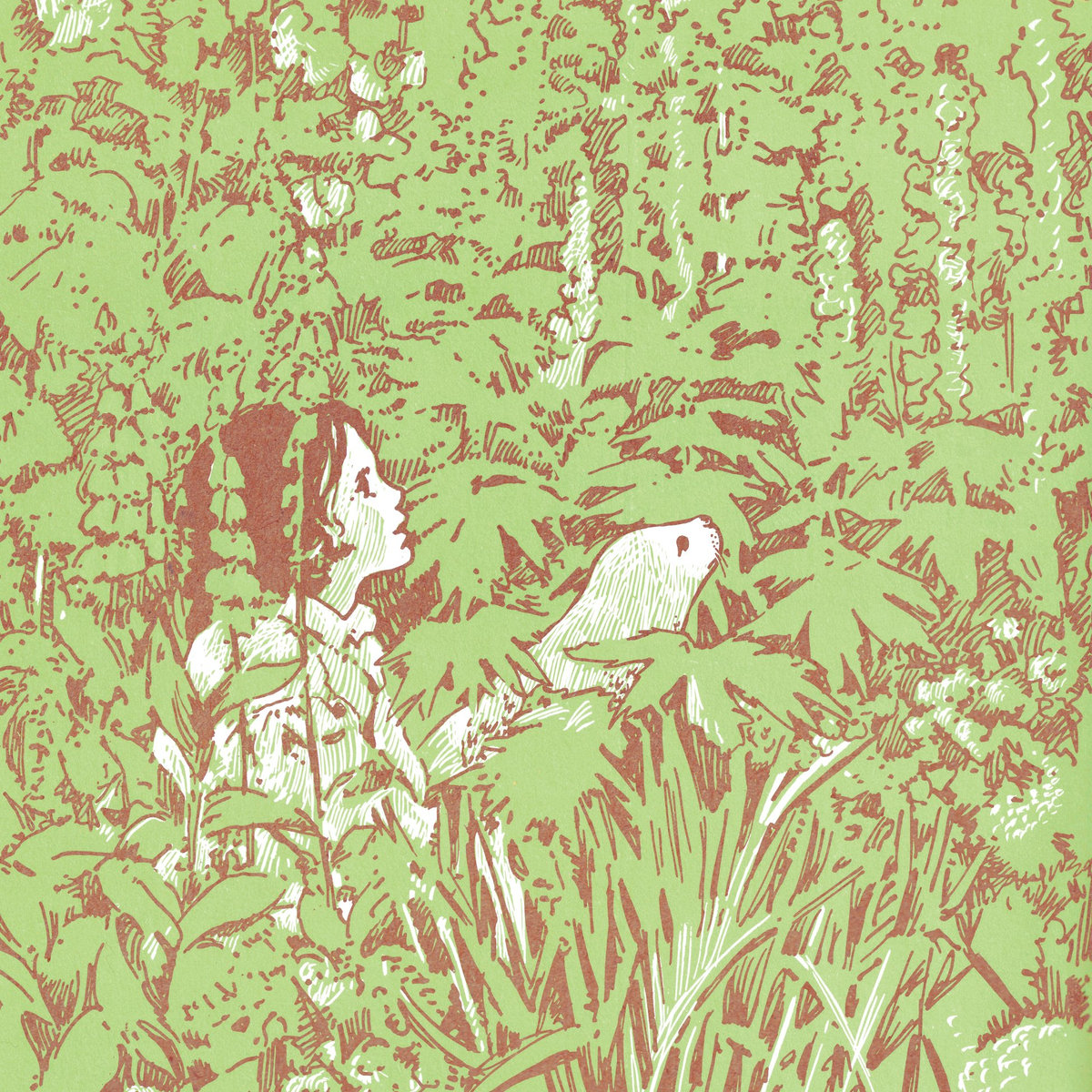 The effect of Candy Claws is one of immediate musical intoxication. When the song “Into the Deep Time” fades into the listener’s consciousness, its effect is nothing short of euphoric, a feeling that words can hardly describe. The loose, slugging progressions in their music have — like most other shoegaze artists — the ability to stretch the limits of auditory scope until they become something beyond reach. It’s somewhere within the murky depths of Candy Claws’ warm sound that you can begin to point out their influences, but they make this sound so distinct to their own musical direction that it seems to exist entirely in its own enchanted bubble. 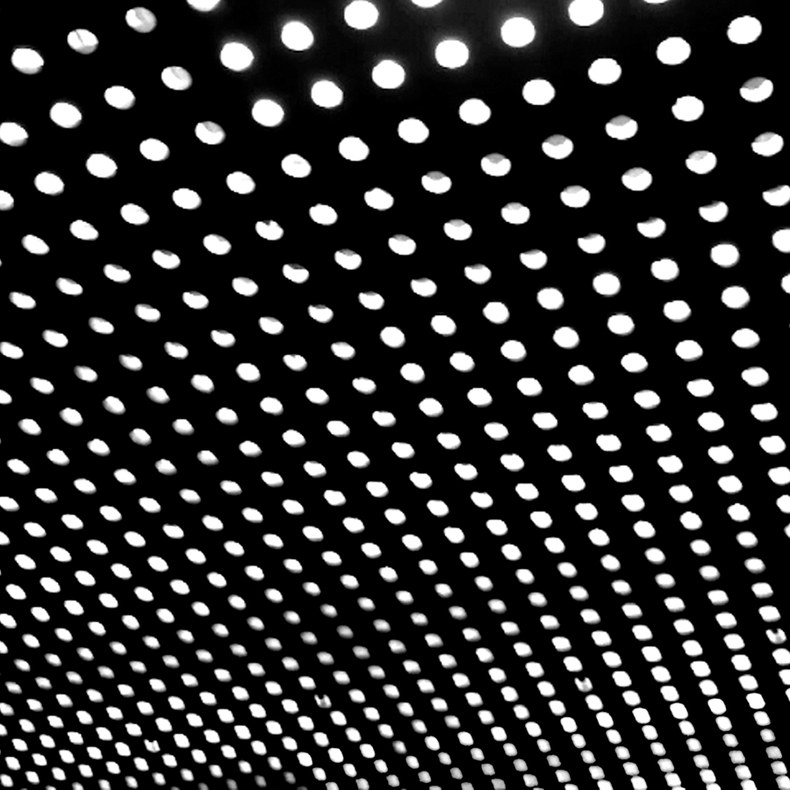 The music of Beach House never fails to create a drowsy, childlike bliss inside the hearts of their listeners in a way that bands who exist alongside them are unable to conjure up quite as well. It may have to do with their playful synth chords and arpeggios scattered throughout their songs, or Victoria Legrand’s nurturing vocal resonance, but the watery caress that songs like “Zebra” hold over their listeners’ heads is enough to induce the most calming of atmospheres. While Beach House lacks the heavily distorted guitars that were a signature of ’90s shoegaze, the ethereal moods they wander through in their whisper-like tracks makes them a clear hybrid of the former’s sound mixed with the indie-pop slant of today. On their latest effort, 2015’s “Depression Cherry,” the duo waltzes through wonderful tracks like “PPP” that leave it to the listener to decide where they want to be transported, whether it be a wedding waltz, an aquatic paradise or a wondrous journey through space. Part of the beauty of Beach House is that they’ve managed to find a perfect formula to stick to across their six albums, so no matter which you decide to throw on, it will be assured that blissful escapes will be there to welcome you.

Give our Spotify playlist a listen below to hear the shoegaze bands mentioned in this article and more.

A Soulful Night in the Boro

Story and Photos by Reggie Johnson | Contributing Writer Friday was an eventful and energetic night at Middle...
Campus

Love is Alive: Wynonna Judd Pays Tribute to her Mother