For the first time in the university’s history, MTSU will allow the sale of alcohol at Saturday’s home football game in Floyd Stadium, creating a shift in the overall game-day experience and security.

The new allowance stems from the passing of House Bill 2275/Senate Bill 2111, which permits sports facilities at MTSU and Tennessee State University to sell alcohol for consumption on premises and became law on May 23.

MTSU has legislative approval to serve alcohol at home football, men’s and women’s basketball and softball games, according to MTSU Athletic Director Chris Massaro. He stated that some sports such as volleyball and soccer will not have alcohol sales.

As part of this allowance, bar staff will have been trained in how to serve alcohol responsibly. If you want to learn more about responsible alcohol service training for hospitality staff or RSA Melbourne and other major cities around the world offer great courses that provide plenty of useful information.

“We don’t want to make it all across the board,” Massaro said. “We want to start with steps that we know we can implement and control … We decided to ‘baby step it’ with football in the fall.”

Massaro said that the new service of alcohol has the potential to greatly increase attendance at various games. The average attendance for MTSU home football games in 2017 was 17,210. Also, don’t forget that with these games that you can place an online bet and win some cash, whilst also having fun watching the game. Also, if you join a betting app you will get to claim a free bet, which makes it more worthwhile.

“I think it will be pretty popular with certain demographics,” Massaro said. “In the past, we’ve struggled a little bit to attract some of our younger alumni. This is another tool to try to attract them. We’ve heard people say that they like our games, but they’d rather be out tailgating. So we’re hoping to bring some of the tailgating inside the stadium.”

According to Massaro, other schools such as West Virginia and Ohio State University have reported that the sale of alcohol has reduced in-stadium alcohol incidents, and the athletic department is hoping that the same will be the case with MTSU.

“People are less inclined to binge-drink during tailgating, knowing that they can find alcohol within the stadium,” Massaro said. “We can reduce (incidents) by controlling the environment a bit better.”

Alcohol will be sold at multiple locations within the stadium. Massaro said that there will be one stand and several kiosks that will sell Budweiser, Bud Light, spiked seltzer, Michelob Ultra and Frost and Americana, two options from the local Steel Barrel Brewery. Budweiser and Bud Light will sell for $6, and the other beverages will be sold for $7.

The university is also working to allow the sale of wine, but the licensing process for wine sales is more lengthy than that of beer, according to Massaro.

In order to purchase any alcoholic beverage, attendees must visit one of the four tents that will be set up on each corner of the stadium by the main gates. Attendees must show valid IDs and receive a wristband from the tents. Massaro said IDs will be checked with a “sophisticated” computer program in order to sniff out any fake IDs. An MTSU Police officer will also be stationed at each tent.

“We were requested to provide four additional officers and have filled these spots to total over 40 officers to be working the football event,” Fajardo said.

Fajardo stated that the MTSU Police Department worked closely with the university to make sure that the sale of alcohol would be safe for all attendees.

“Our chief of police, Chief Peaster, and our administrative captain, Jeff Martinez, were part of a meeting with other MTSU executives to discuss the change to allow alcohol sales,” Fajardo said. “We’ve worked together with other MTSU staff to make sure that the new changes are implemented smoothly and ensure the safety of everyone at the game.”

Attendees will be limited to a maximum of three beers per game and will be able to purchase two beers per trip to a sale station.

Massaro said that there will be accommodations for those who may become intoxicated at the game. Advertisements on the video board that say, “Drink Responsibly,” will play throughout the game, and MTSU has created a new partnership with Lyft. If an attendee thinks that it is unsafe to drive home, they can use the code “BLUERAIDERS98” and receive $10 off their ride. A special designation has been organized for Lyft drivers to pick up attendees outside of Gate Three at the stadium. 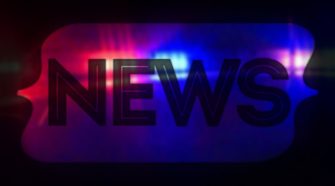