Representatives of the MTSU James E. Walker Library have set out special cases that will display recent history and organizations in the Murfreesboro community, beginning with unity organization Murfreesboro Loves.

Clay Trainum, the external relations specialist for the library, led the project of revamping the display cases. After remaining vacant for long periods of time, Trainum took it upon himself to display things that would interest students on the first floor of the library. Last fall, the display cases housed a gospel music hall of fame and Trainum’s personal soccer scarf collection.

Tranium said that this area of the library experiences a large amount of foot traffic throughout the year, and a number of students have already stopped by to examine the cases. The library has worked with numerous groups on and off campus in order to plan upcoming displays. Murfreesboro Loves was the first exhibit of the academic school year.

Tranium said that it was extremely important to him that each of the displays have something to do with MTSU. Photos on display are from MTSU’s campus-wide event Hands Across MTSU, where students, alumni and faculty joined hands to display campus unity.

Many of the pictures, photos and other artifacts come from the Albert Gore Research Center on campus, which is located on the first floor of the Andrew L. Todd Hall.

Sarah Calise, the political and regional collections archivist for the Albert Gore Research Center, helped Tranium with the process of taking the Murfreesboro Loves collection and displaying it in the library.

“(The Murfreesboro Loves collection) being the first exhibit that students saw coming back for the fall semester presented a message of inclusivity,” Calise said.

“This is the one-year anniversary of Murfreesboro Loves,” Tranium added. “Topically speaking, it’s very relevant, and in my opinion, it’s a good thing to have for a student to see during the first couple weeks on campus, especially if they’re not familiar with Murfreesboro.”

Some of the signs displayed in the library say, “VETERANS AGAINST RACISM,” and “More Love, Less Hate.”

“I think as a public university, yes, all walks of life come here, but even more, you have to show that message of inclusivity because we’re in a very hot political climate where a lot of marginalized communities are feeling very attacked,” Calise said. “To put forward that message that we accept you and we love you and we want you to feel safe here, that’s very important for a lot of the students on this campus who are a part of those marginalized communities.”

The Albert Gore Research Center uses a method called rapid response collecting where they collect things on the spot for future generations as they did at the Murfreesboro Loves rallies.

Trainum said that the next exhibition that they have planned is from the LGBT+ student organization, MT Lambda, for their 30th anniversary on MTSU’s campus.

“We’re working with folks on campus to help promote whatever they’re doing,” Trainum said. “So if it has a general interest to the student body, we think that’s a good place to have it. 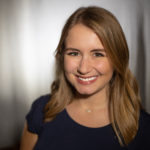