The MTSU Police Department recently released its 2018 Annual Security Report in accordance with the Clery Act that includes information regarding reported crimes that occurred on campus; in certain non-campus buildings or properties owned or controlled by MTSU; and on public property within or immediately adjacent to the campus.

According to the report, on-campus rape reports doubled from three rapes in 2016 to six rapes in 2017, and on-campus domestic violence reports more than doubled from 2016 to 2017. Similar issues may have persisted as MTSU Police responded to a reported rape at a campus residence hall within the first month of the 2018-19 school year.

Off-campus crimes listed in the security report are classified by local law enforcement as criminal activity occurring at any non-campus properties owned, leased or controlled by officially recognized student organizations at MTSU.

The security report is broken down into several crime classifications, including the following:

Significant differences in 2016’s and 2017’s statistics from this report are as follows: 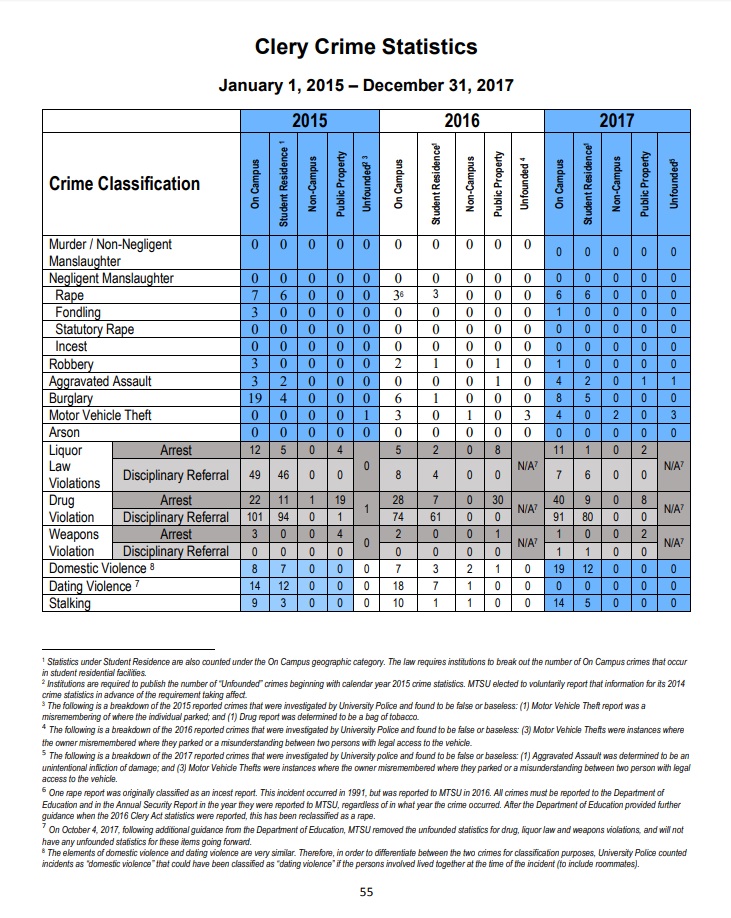 The report also includes arrests classified by liquor law violations, drug law violations and weapons violations. This section is split into two parts: Arrests and Disciplinary Referral. Fifty-eight drug violation arrests in 2016 dropped to 48 in 2017. Despite this, there were more arrests on campus, as opposed to off-campus arrests at MTSU-involved properties, involving drug violation charges in 2017 than there were in 2016.

Simple assault, vandalism, intimidation and larceny were all tallied on a separate chart in the report for non-Clery, voluntary reporting. They can be viewed below: 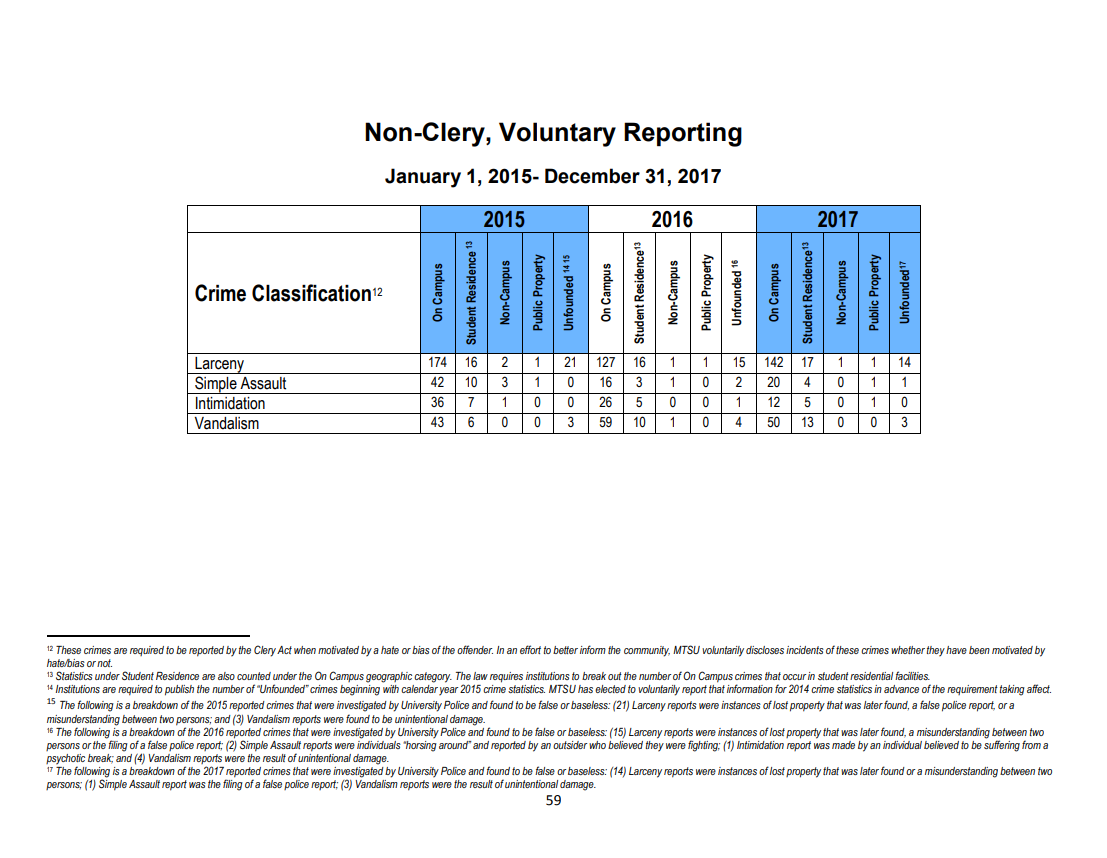