Tumblr’s decision to permanently ban adult content sparked outrage among loyal users that view the popular microblogging site as a safe haven for marginalized groups to explore and express their sexuality.

Effective Dec. 17, Tumblr will no longer allow adult content comprised of “photos, videos, or GIFs that show real-life human genitals or female-presenting nipples, and any content-including photos, videos, GIFs and illustrations-that depicts sex acts,” according to their Help Center guidelines.

The company says that exemptions from the ban are “exposed female-presenting nipples in connection with breastfeeding, birth or after-birth moments, and health-related situations, such as post-mastectomy or gender confirmation surgery.”

Since the site’s creation in 2007, Tumblr has been known as a safe haven for individuals that feel neglected or marginalized by mainstream culture. Tumblr’s previous laid back censorship policies have given users the freedom to express themselves in a positive, accepting environment.

The company has not publicly stated why they made the decision to ban adult content, but the abrupt announcement came only a couple of weeks after Apple pulled Tumblr from the iOS App Store after child pornography was found on the site.

Some users see the situation as a knee jerk response in an attempt to appease Apple.

“I think they are trying to blanket over a lot of the problems that are happening,” said an unnamed MTSU student and Tumblr user of five years. “It may solve some of the issues short-hand, but I don’t think that it will be a long-term solution to what needs to be done.”

Tumblr has often been discredited for its reputation of NSFW (Not Suitable For Work) content and primarily young, progressive user-base. While a lot of the content posted to Tumblr is not pornographic material, according to 2017 statistics from the web analytics service SimilarWeb, adult content was the top driver of traffic to Tumblr, responsible for nearly 20 percent of clicks.

“There are no shortage of sites on the internet that feature adult content,” Tumblr Chief Executive Officer Jeff D’Onofrio wrote in a blog post Monday. “We will leave it to them and focus our efforts on creating the most welcoming environment possible for our community.”

This is not the first time that Tumblr has tried to censor content posted on the site. In 2013, after the company was sold to Yahoo! for $1.1 million, Tumblr unsuccessfully attempted to ban NSFW tags that ended up disproportionately purging mostly queer content.

Users fear that history will repeat itself once the adult content ban takes effect.

“For a lot of the LGBTQ+ community, particularly the younger members still discovering themselves and members in extremely homophobic environments, this was a bastion of information and self expression,” posted Tumblr user wilwheaton.

Despite public outcry from individuals that view the announcement as a death sentence to the site, Tumblr users also did what they do best and responded with memes, criticizing the company’s decision. 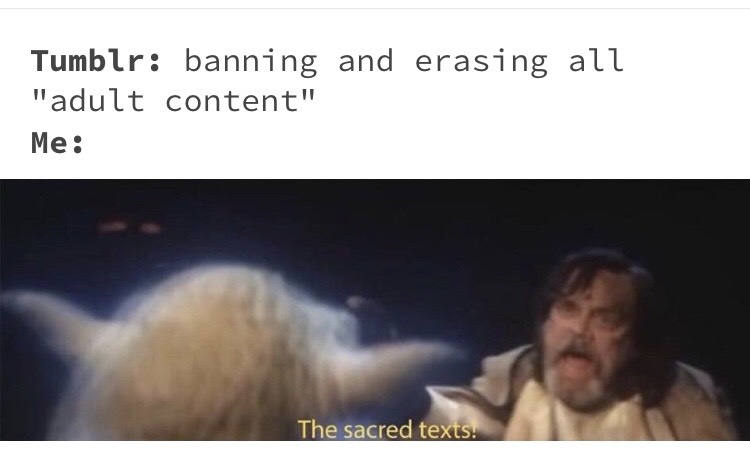 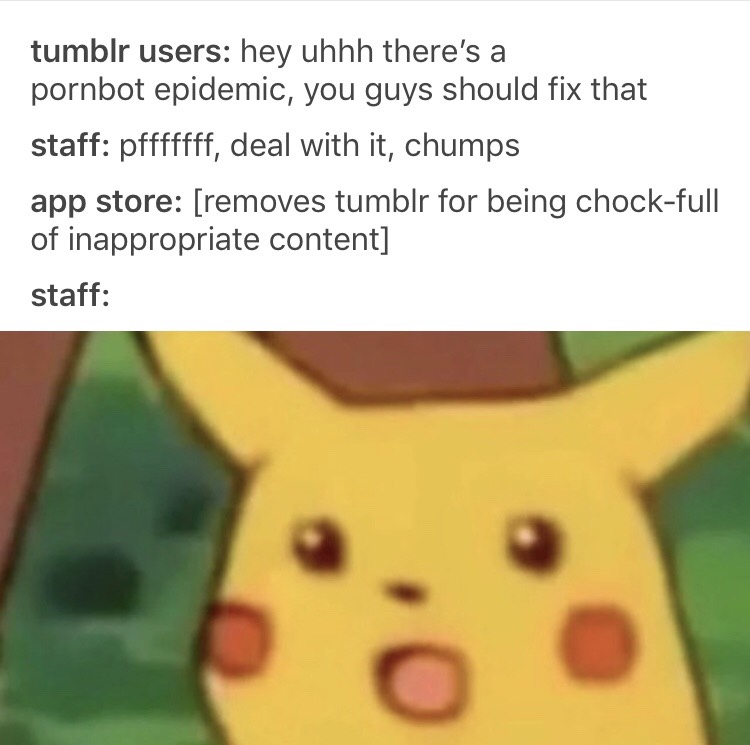 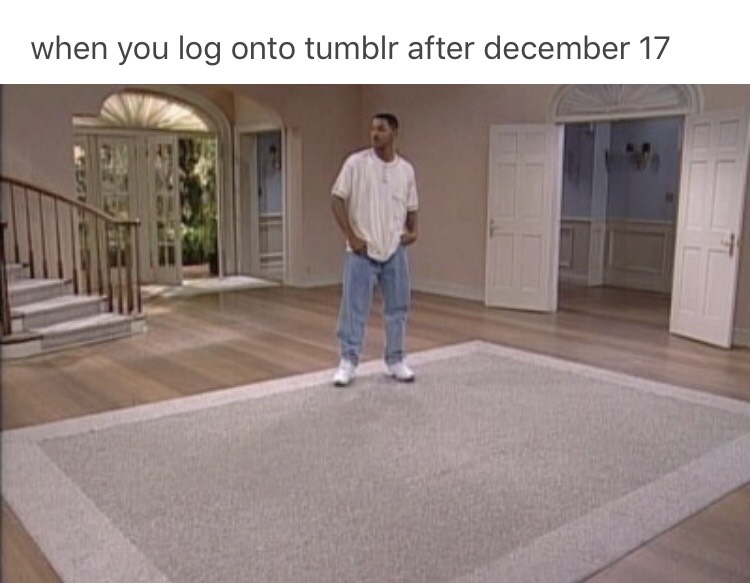 These “misfits” of the internet, as they are often called, have dramatically altered the way people engage with one another online. Tumblr’s absurdist millennial humor is responsible for some of the most frequently shared memes and online terminology, such as “mood” and “feels.” But the issues that users could face in the sudden shift in content may drastically alter the internet landscape, particularly on a site deemed a safe haven for perceived deviancy. Whether the new regulations cut down on illicit pornography or become an issue of freedom of expression will be seen on Dec. 17.