But Vattiato, who only took his first career snap a week ago, couldn’t get a handle on the game, throwing five interceptions before the buzzer. DiLiello subbed in on two drives in the third quarter and saw the ball taken away both times – first on a fumble after a hand-off to Martell Pettaway and second when a Hilltopper defender snagged the ball out of the air. Middle Tennessee left the field to the tune of seven WKU takeaways.

Bailey Zappe and Western Kentucky had most of their work done for them by the Blue Raider offense, getting the ball deep in Blue Raider territory after almost every forced turnover. In comparison to his last four games, Zappe had a slow day with 281 passing yards. The MTSU defense had a slow day as well, producing no sacks or takeaways.

Despite the final score, things were looking up for the Raiders early with a 45-yard bomb from Vattiato to DJ England-Chisolm for a TD on the first drive of the game. Vattiato had one more touchdown pass to Yusuf Ali, which put the Blue Raiders within one score of Western Kentucky with about nine minutes left in the second quarter.

Early in the fourth quarter, Frank Peasant snuck into the WKU endzone for his first touchdown of the season and gave the Blue Raiders their final score of the game.

Senior linebacker DQ Thomas made Middle Tennessee history as the school’s most prolific player of all time. Saturday’s competition with the Hilltoppers was Thomas’s 56th career game as a Blue Raider.

This Saturday, the Blue Raiders return to Floyd Stadium once again to fend off the Florida International University Panthers (1-8, 0-5 C-USA) for the “Salute to Veterans and Armed Forces” game. Kickoff is at 2:30 p.m., and the game will be available for viewing on ESPN 3. 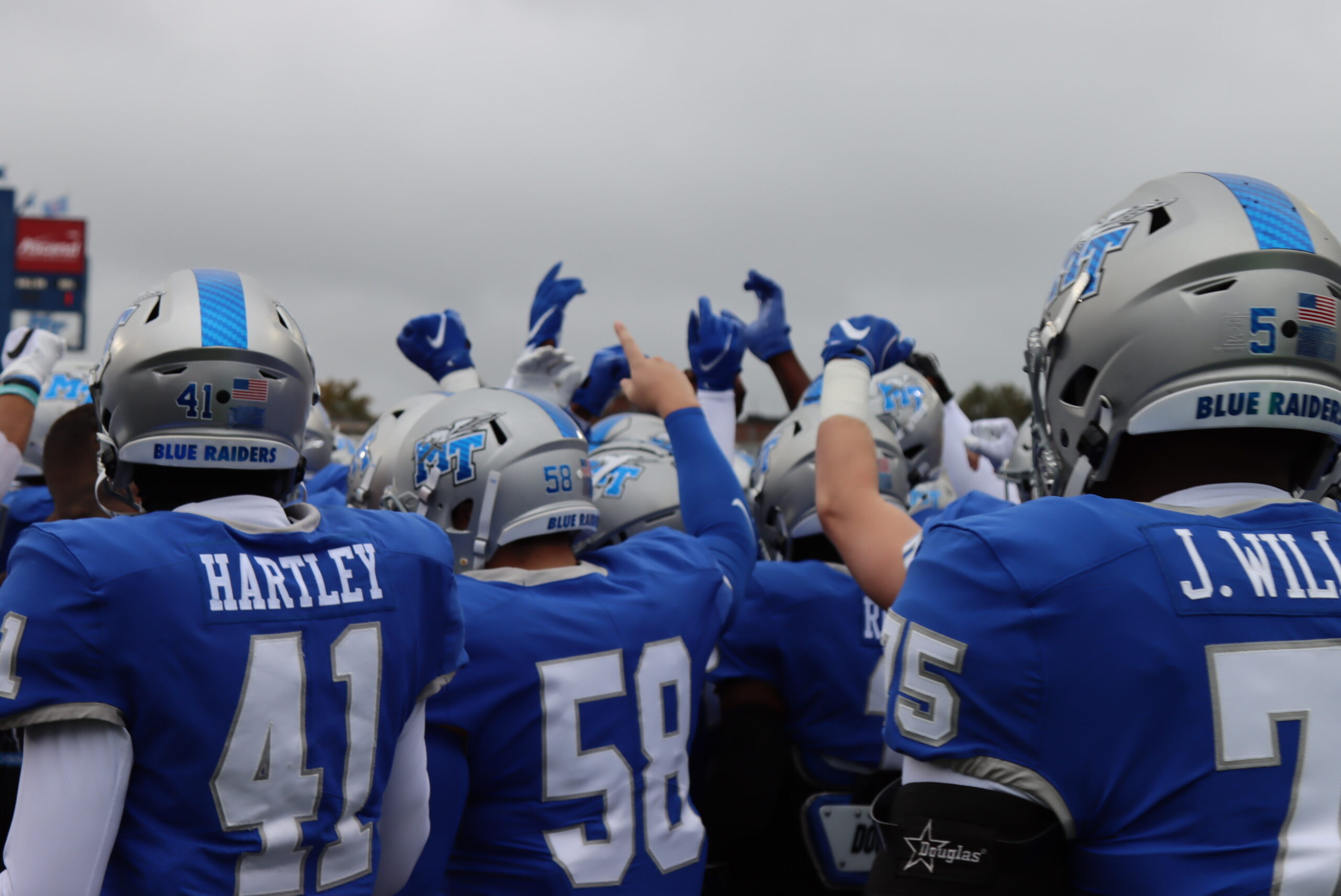