Middle Tennessee women’s tennis moves to 7-6 on the year after taking down Samford in 6 points to 1 victory on Friday afternoon at the Adams Tennis Complex.

“Moral is good,” said head coach Tayo Bailey-Duvall. “It’s a revenge match, and it’s a revenge weekend. Last year we lost to them and I really think we should’ve won. So this year they were really pumped up and were determined not to lose this match.”

MTSU went on to win all of their singles matches except for one, where Lee Barnard ran out of steam against R.J. Van Rensburg (6-3, 6-4).

“We really emphasized sneaking in when our opponent was on the defensive and really hit a good ball, instead of letting them out of trouble and letting the ball bounce and giving them time to recover. Really worked on coming in and taking that ball sooner, and taking away time. And in every match that I was watching, everyone was able to do it at some point. So that’s good that they were implementing some of things they were doing in practice.”

Love-Star Alexis was the most dominant competitor, winning her match 6-3, 6-2, only letting her opponent win five of the seventeen games in the match.

“We’ve been working on so many things with everybody,” added coach Bailey-Duvall. “And for it all to come together, like Zani [Bernard] and Muskan [Gupta] did certain things to click a little bit more than somebody like Love-Star, who kind of dominated her match. I think everybody kind of collectively came together and made a big impact on this match.”

This win puts the Blue Raiders back over .500, and gives them momentum for their second match of the weekend on Sunday at noon when Ball St. comes to the Adams Tennis Complex.

“We still have to do better at taking balls sooner off the ground when it bounces, instead of waiting for the ball out of the air. That’s going to be the key to our Ball State match.” 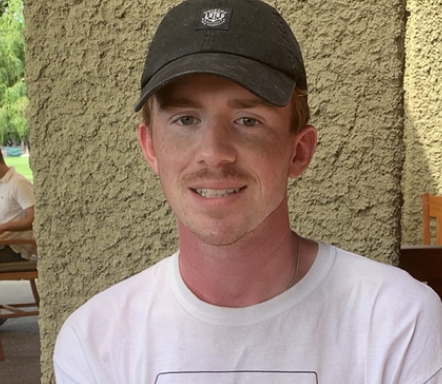