Every afternoon as most students are heading back to their cars and dorms, the Blue Raider football team crowds onto the field for practice.

In the middle of the crowd, Austin Grammer stands waiting for the next play to run.

The familiar sound of whistles echo across the field, and the players scuffle past one another to set formation. Within a few moments, the piercing whistles sound again, signaling sophomore starting quarterback Austin Grammer’s next move.

Grammer’s jersey reads number “2” on the playing field, and he can’t be touched by the team’s defense on the practice field. After a big win over rival Western Kentucky University, he shows no sign of slowing down.

The 6-foot-2-inch, 20 year-old organizational communication major has established his ability and passion on the field, but football hasn’t been the only sport the young athlete has excelled in.

Grammer said he always considered baseball his best sport, and until his junior year of high school was unsure if football was what he wanted to pursue.

“My dad’s always said that I was a better baseball player, but I have been playing baseball since I could walk,” Grammer said. “My dad’s a baseball guy, so when football came around, I felt like it was something new and fresh.”

Grammer wanted to transfer his successful football career over to college. However, MTSU wasn’t on the quarterback’s radar until two weeks before signing day.

In a recruiting process he described as “crazy,” Grammer committed to playing at the University of Houston near the end of his senior year. It wasn’t until after he had his scholarship pulled that a friend of Grammer’s and graduate assistant with the University of Alabama football team pointed him toward the Blue Raiders.

“It was a blessing that it all worked out and I ended up here,” the quarterback said. “It’s been a great place ever since.”

Laid back and calm, Grammer is not one to crave the spotlight. However, behind the quiet demeanor lies a competitive nature, and he has his determination through an impressive start to the season and a game winning touchdown in the triple overtime Blackout game against WKU. Grammer says that, while he may not be the best at everything, he’ll never stop trying to improve.

This may be the reason he earned the starting position this year.

“It was tough, Brent [Stockstill] and AJ [Erdely] are great guys and great quarterbacks,” he said. “To this day I think they’re both incredible players, and everyday they’re pushing me to get better. I’m thankful for those guys, and I’m thankful for that process.

Grammer says that the competition made him a better player, and he was raised to work hard for the goals he aims to achieve.

“Work hard because when you get to college, everything speeds up,” Grammer said, as a word of advice. “You have days as a freshman, when you’re like ‘I don’t belong’ or ‘this is tough.’ You just have to push through it and keep working hard, and it gets easier.”

As for the rest of the Blue Raiders, Grammer said they’re more than a football team.

“You hear it all the time, it’s cliché, but these guys are [my] brothers,” he said, smiling. “This really is close to family. I would go to any of the guys as much as I would my parents, and the camaraderie is incredible.” 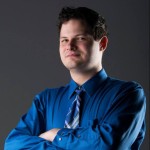