Murfreesboro police responded to a call around 9 a.m. Tuesday when a complainant advised there was some vandalism in the pool room of the complex, according to a police report.

When they arrived at the scene they made contact with the complex’s manager, Fredia Lott, who advised that someone had “burned the exterior doors of the pool room,” according to the incident report.

Lott said that she only observed the accident early Tuesday morning, after she had heard a “loud bang” outside of the leasing office. The exterior of the door was observed to be “burning along the bottom” in the shape of a “V pattern,” according to the incident report.

A fire inspector from the Murfreesboro Fire Department was called to the scene. The inspector determined that the vandalism was arson.

Police have no known suspects at this time.

Next Senate Panel Could Vote on Haslam Medicaid Plan Wednesday 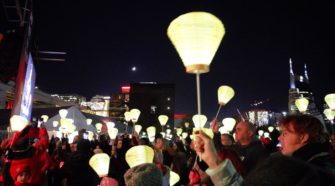