Murfreesboro Police responded to a call from a local residence in regards to a rape at approximately 11:00 p.m. on Monday.

The victim reported that she had been at the Walgreens on Northfield picking up her prescription when she saw her ex-boyfriend and “became very disoriented because of her multiple sclerosis disease.” The victim told police that her ex was able to convince the staff that he was her boyfriend and that he would take her home, according to the police report.

The victim stated that when they arrived at her residence, the man forced her to her bedroom and “forced himself inside of her,” according to the report.

According to the police report, the victim said she attempted to fight back, broke his bracelet and managed to a remove a ring from his finger.

The victim was taken to Saint Thomas at Rutherford for a rape kit. 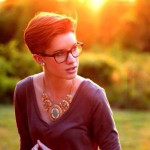