Middle Tennessee appeared in the round of 32 for just the third time in the program’s history, squaring off against No. 10 seed Syracuse, after upsetting the No. 2 team in the country Michigan State. The Blue Raiders inability to attack the 2-3 zone allowed Syracuse to run away with things, beating MTSU 75-50.

Syracuse’s game plan was focused on the country’s leading three-point shooter Giddy Potts, who was held to 9 points on 3-for-6 shooting from beyond the arc.

Qua Copeland helped settle the offense mid-way through the first half by breaking a scoring drought with a drive right-side, banking it off the glass.

Syracuse was sent to the line seven times in the first half, but only made one free throw. Orange big man Tyler Lydon missed his first four free throws, keeping MTSU within reach of Syracuse.

Syracuse’s Michael Gbinije continued to pour it on against the Blue Raiders, dropping 23 points on 10-for-14 shooting from the field.

The inability to knock down shots looked to drain all confidence MTSU had from knocking off Michigan State two days prior, forcing them to play pressured and sloppy.

Syracuse out rebounded the Blue Raiders 37-35 and out scored in the paint 28-20, controlling the defensive paint racking up 11 blocks against MTSU.

Syracuse advances to the Sweet 16, taking on No. 11 seed Gonzaga in Chicago. As for MTSU, they finished the season 25-10 overall and 13-5 in Conference USA play. 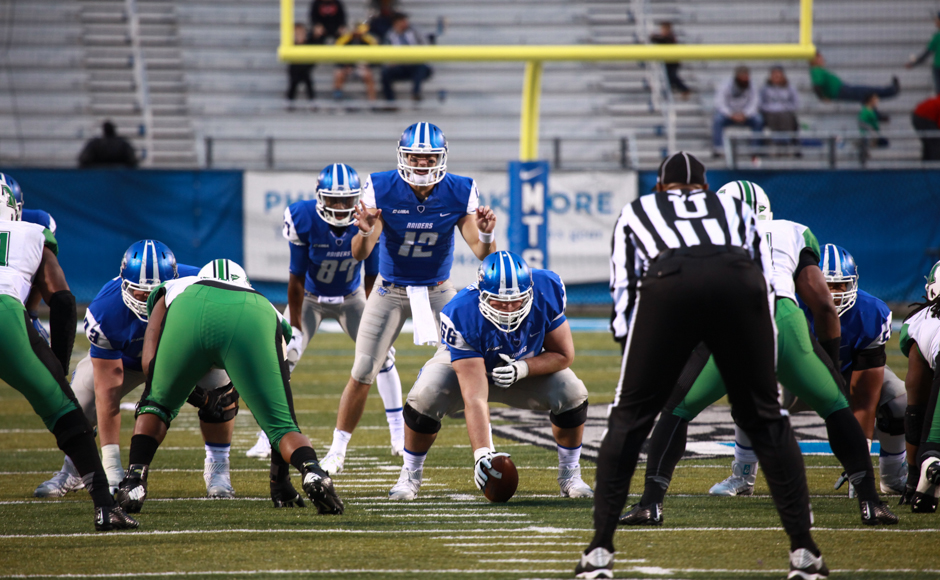