March is Women’s History Month, and with that comes complicated conversations about the glass ceiling and women in male-dominated fields. But what also comes from this month is celebrating remarkable women in history, culture and local communities.

According to the Office of Institutional Effectiveness, Planning and Research at MTSU, in 2018 nearly half of MTSU’s 980 faculty members were women.

Barbara Scales, director of the June Anderson Center for Women and Non-traditional Students, said that while MTSU is doing well in including women in their faculty, there’s still more to be done.

“Do we have a long way to go? Absolutely. So does every organization and company … I think we’re trying,” Scales said.

The June Anderson Center celebrates Women’s History Month on campus by hosting events that facilitate conversations relevant to women and celebrate women in the community, such as the JAC’s “trailblazer” event that honored visionary women on campus earlier in March.

One of the trailblazers honored at this year’s event was Lynda Williams, a professor of Criminal Justice at MTSU, but she’s not the only professor at the university who has carried that title in one form or another. MTSU women such as Marisa Richmond of the History Department have been making strides in academia and social reform as well. Read below to learn more about Williams and Richmond’s history-making contributions.

Williams is the first professor of practice at MTSU, meaning that in lieu of an education degree, her 30 years of experience in the U.S. Secret Service act as her credentials.

Williams’ connection with MTSU doesn’t begin with being hired to teach, however. Williams started as a freshman at MTSU in 1981.

“When I came to Middle Tennessee State, I was a mass communications major,” Williams said. “… And I let someone dissuade me. Someone said, ‘You know, Lynda, commercial art is so competitive, and you’re not going to make any money’ and I said, ‘I’m not? I’ve got to find me another major.’”

Williams was drawn to criminal justice because of her father, who owned his own security firm, and the quality of MTSU’s program. Soon after starting the criminal justice program, she knew that she wanted to become a special agent.

“I believe this was my calling and now I say that was just divine intervention that someone said, ‘Research something else, and you might find something you like,’” Williams said.

After graduation, she began her career as a uniformed officer with the Secret Service in 1988 and moved to Washington D.C. Three years later, she achieved her goal and became a special agent.

Eventually, Williams had the opportunity to go to Africa to be country attaché and spent three years in the country.

“It was the best assignment of my life. I was the voice for the Secret Service on the continent of Africa. I covered 21 countries … All the protective, all the investigative missions of the Secret Service, I was in charge of that, (including) the 2010 FIFA World Cup,” Williams said.

During her career she’s met many famous people, but she was star struck only once: the day she met Nelson Mandela.

“I have been blessed to meet the most extraordinary persons in history, and I have always maintained my cool. I didn’t get excited, but when I met Nelson Mandela, I lost it.” Williams said.

Williams had the opportunity to meet Mandela at a photoshoot in 2010. She had spoken with the other special agent in charge and planned to slowly walk behind him, while her co-worker snapped a photo.

“So, when I saw him, I just lost it. I said, ‘I have got to take a picture with him!’” Williams recalled. “So, I’m sitting there like a little star-struck fan, and when it was all over she (the other agent) said, ‘I have someone very special for you to meet. Lynda, come, come.’ Oh my god, I jumped over the carpet and walked over, and I just kissed him on the head and said, ‘God bless you!’ And he said, ‘God bless you.”

Williams said that looking back at that moment was not only one of her fondest memories of her time with the Secret Service but also a moment in history.

“To actual live and be in the presence of an icon like that was life changing.” Williams said.

She retired from the Secret Service in June 2017 as a deputy assistant director and the second highest ranking African American female in the agent division at the time. In August 2017, she started at MTSU as a professor, something she knew she wanted to do.

“Somewhere halfway through my career, I said, ‘One day, I am going to retire to Middle Tennessee, and I’m going to come back to be a professor at MTSU.’”

Williams said that 10 percent of the special agent population was women, and it affected how she performed in her career.

“You had to know your job,” Williams said. “And when they said you had to be twice as good to be considered half as good, you did.”

Now in NOBLE, the National Organization of Black Law Enforcement Executives, she is a part of the historical first time that three African American women have been running the organization as president, vice president and Williams as the second vice president.

Williams said the best advice she could give women on campus is to just be yourself.

“I tell people – grown-ups, little kids, anybody – be your authentic selves … There’s value in being your authentic self. I can’t impersonate anybody. I’m fake when I’m doing that, but I’m the original Lynda Williams.”

Richmond, a history professor with a passion for 20th century history and politics, is a historical woman in every sense of the word. Though both of her parents are professors, she wanted to be a lawyer. Somewhere along the way, though, she switched tracks to becoming a historian and professor. She graduated from Harvard with her undergrad, University of California Berkeley with her master’s and George Washington University with her doctorate degree.

She went on to teach at Vanderbilt University and Nashville State before landing at MTSU where she has been teaching history and women’s studies since 2006.

Along with being a professor, Richmond, a transgender woman herself, was president of the Tennessee Transgender Political Coalition in Nashville for 10 years and lobbied for four more years after that. After leaving the TTPC, to allow for more of her time to be devoted to MTSU, she remained involved in local politics. Richmond is still on the Human Relations Commission in Nashville, a commission that investigates discrimination and harassment cases.

In 2011, Richmond was invited to the LGBT Pride Party at the White House, where she had the opportunity to meet and speak with former President Barack Obama.

“The day before (Pride Party), I got a call that said, ‘You’re going to meet the president, think of what you’re going to say,’” Richmond said. “And it was like the night before Christmas. I couldn’t sleep I was so excited … We heard his voice before he walked in, and it was like, ‘Oh my god it’s really him. We’re really here.’ I stepped up and shook his hand and said my little piece. Then we took the picture. I call that my Elvis meets Nixon moment … I’m very proud of that moment.”

Her advice for young women is to be involved. In anything they choice to do, just be involved.

“Think about what you can do (and) be involved … There are ways that women can make a difference. More doors are open now than at any time in history.” Richmond said.

Though in the past, history has been thought of as a male-dominated field, Richmond said it’s becoming more equal with women’s historians and feminist history studies.

“The glass ceiling is being shattered,” Richmond said. “We haven’t totally shattered it yet, but we’re in the process of doing so.”

According to Scales, the glass ceiling is the concept that there are invisible, unspoken barriers for women, such as the pay equality or the idea that some jobs are a “man’s job” and other jobs are just for women.

Scales says Women’s History Month is a great time to reflect on where women have come from and acknowledge the trailblazers right here on campus.

“It really is a time for us to reflect on all the things that women have accomplished throughout these many years,” Scales said. “But also, I think it’s a time for us to look at what we’ve overcome and how so many women have paved the way for us to live the way we live. I think women are paving the way at MTSU.” 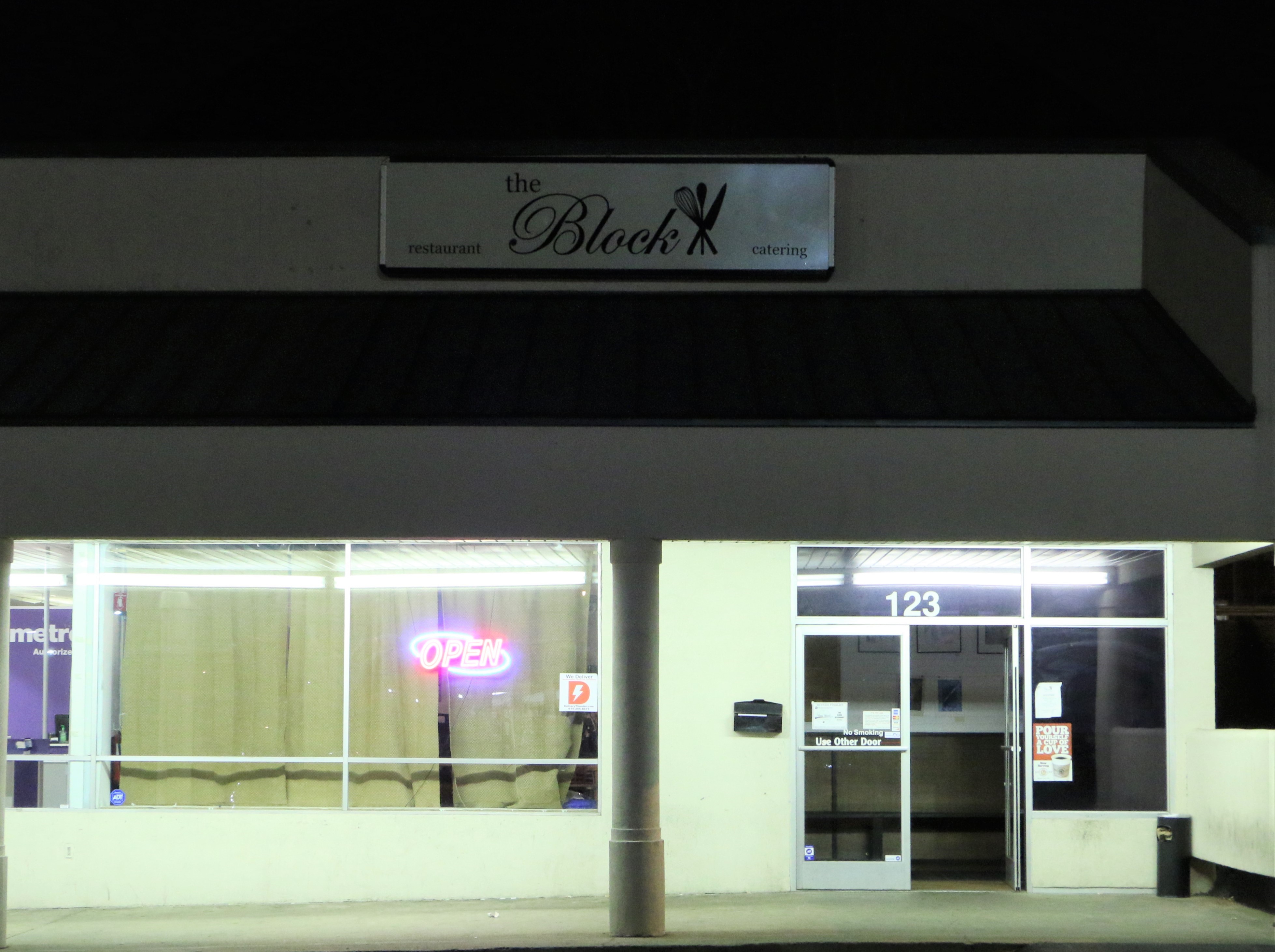 The Block closes its doors with energetic final set, optimism from owners