On Sunday, September 15, Nashville’s Plaza Mariachi hosted the largest Latino/Hispanic celebration in Tennessee. The event celebrated the independence of Mexico, along with the independence of Guatemala, El Salvador, Honduras, Nicaragua and Costa Rica. There were two stages available to the attendees. One stage was inside the Plaza Mariachi building, where live music and folkloric dance was presented. There were performers representing Mexico, El Salvador, Nicaragua and Chile.

The inside stage not only provided a well ventilated environment, but also tables and chairs for people to enjoy the performances on stage. There were various restaurants that served mediterranean, Little Caesars, Tex-Mex and Mexican food. When live music was performed, people were free to get on the dance floor and dance to the music. Throughout the day, aerial acrobats performed in the middle of the stage displaying their skills with aerial silk.

The outside stage had three different bouncy houses for young children, various food stands that sold traditional Latin American food and snacks, merchandise stands and a huge stage for live music. A lot of women walking around wore traditional Mexican blouses. These are usually white, have hand stitched colorful decorations over the chest area and come with a sash that ties around the waist. There were some men that dressed in Mexican vaquero clothing consisting of a cowboy hat, a western cowboy long sleeve shirt, jeans, a belt with a large buckle and cowboy boots. The attendees that stood out the most were those who tied their country’s flag around their neck and wore it as a cape, wore t-shirts or soccer jerseys displaying their country and had on a giant sombreros.

Throughout the day, live music was played on the large stage, and into the night different dances were performed, each representing the countries that were being celebrated. “I’ve been dancing since before the event started this morning. It was an honor for me to be able to dance in front of so many people today,” said Ramon Martinez,  dancer for one of the folkloric dance groups. While walking around one couldn’t help but stop and see where certain smells of delicious food were coming from. Every food booth had a long line, and the workers seemed to be working fiercely in order to try to keep up with customer orders.

It wasn’t until 9 p.m. when things started to quiet down and announcements started to be made. There was a representative of Nashville mayor David Briley, Metro City council candidate Fabian Bedne and Daniel Rios, a Nashville Soccer Club player, just to name a few. Three members of the U.S. army marched with both the flag of Tennessee and the U.S. flag. Everyone stood while the U.S. national anthem was sung and soon after, the Mexican flag was presented along with its anthem. Once both anthems were presented, a firework show took the crowd by surprise, simultaneously marking the end of the event and the beginning of National Hispanic Heritage month this year.

Previous Community gathers to remember the life of Terrell Ray 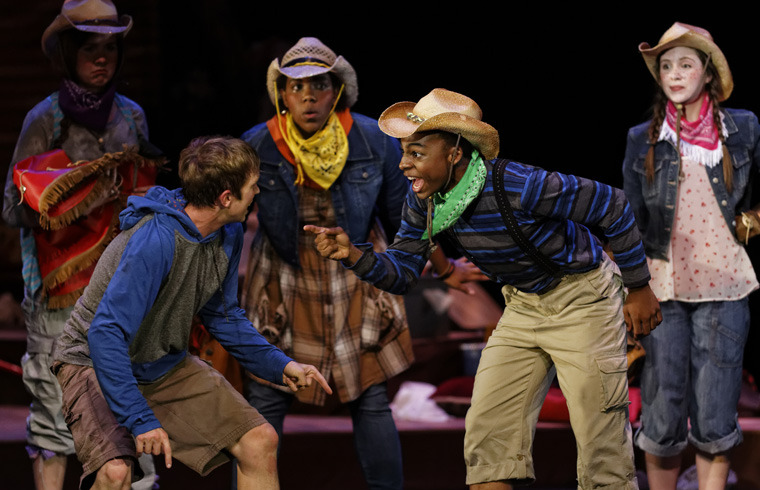