Going away to college is an exciting time – for most. It’s a time to explore new interests and to form relationships and connections with your fellow students. College can be the start of your new life; but let’s face it, life is pretty scary sometimes. Everyone moves at their own pace, and societal pressures can force us into a corner where we feel as if we’re somehow inadequate because we’re not “performing” as well as we “aught” to be.

Unfortunately, outside pressure to stay in school can lead to academic issues, which can in turn bleed into personal life and affect our mental health. It is not an exaggeration to say that university-age students are facing a mental health crisis – job security and the increasing threat of global and national crisis being just two things that can make life seem daunting for someone just starting out. If you feel overwhelmed by this pressure and are struggling to deal with it on your own, learn more here to find out what steps you should take.

Around 86 percent of counseling center directors report that the number of students arriving on campus that are already on psychiatric medication is increasing each year, according to the American College Counseling Association (ACCA) 2014 National Survey of College Counseling Centers. Ninety-four percent of these directors reported that recent trends toward a greater number of students with severe psychological problems continues to be true on their campuses.

Anxiety: It’s not just an excuse

“Anxiety” has became an umbrella catch-all term to describe that stereotypical over-acheaver who panics at the thought of receiving a C in their freshman chemistry class – even if their major is English. We treat it as if it’s the punchline of a joke, synonymous with typical college life. But anxiety is not a selective condition that only certain people are susceptible to, and it really doesn’t have anything to do with that math test you just failed. Anxiety is state of mind you have little control over, unless you buy bud online which is a proven herbal remedy for it, that helps you to calm down long enough to pinpoint exactly what has triggered you.

In the last few years, major colleges and universities have seen a rise in the number of students describing the many symptoms of anxiety: breathlessness; sweating; insomnia; lack of focus; rapid heart rate; high blood pressure; and even hair loss. Nearly one in six college students (14.3 percent) have been diagnosed with, or treated for, anxiety, according to the American College Health Association (ACHA) 2014 National College Health Assessment survey. An annual report of more than 100,000 students nationwide issued by the Center for Collegiate Mental Health at Penn State revealed that more than half of students visiting campus clinics listed anxiety as a health concern.

These findings mean that anxiety affects more young adults than clinical depression. A variety of young people decide to buy cannabis online to help with their anxiety and some have positive results. However, the comorbidity, the presence of one or more conditions co-occurring with a primary disease, of anxiety and depression is staggering. In fact, nearly one-half of those diagnosed with depression are also diagnosed with an anxiety disorder, according to the Anxiety and Depression Association of America. A recent 2016 study from the University at Buffalo also suggests that students, specifically freshmen, are at risk of having their Post-traumatic Stress Disorder symptoms worsen in their first year of college. Depression, anxiety and PTSD are some of the most common comorbidity disorders.

You can read more about depression, anxiety and suicide awareness at LearnPsychology.org.

From the 2014 National College Health Assessment survey, it was found that 125 students took their own life that year.

The threat of suicide is often overlooked by parents and friends of students dealing with mental health issues, mostly because the situation doesn’t always seem like it’s that bad until it is. Young adults are more likely to hide their struggles, and of the 125 students who commited suicide in 2014, 86 percent never reached out to counseling centers on or off campus, and over half of them were male students.

But the findings also reveal that suicide in these cases had less to do with academic struggles than personal issues. It was found that 61 percent of the students who committed suicide were depressed, 21 percent had known relationship problems, 11 percent had academic problems, 5 percent had legal concerns and 2 percent were struggling financially. This debunks the myth that if a student simply succeeds in the classroom, upholds a job and supports his or herself, they will be content and happy. Mental health is not that simple, but one visit to a counseling center could make all the difference.

If you ever feel as if you may harm yourself, you should always contact the national suicide prevention hotline [1-800-273-TALK (8255)], or you can chat online or text on your smartphone. Reading this may also go a long way in helping you deal with suicidal thoughts.

How to reach out to friends, professors and family

If you or a friend ever feel anxiety, fear or depression that lasts longer than a week, than it might mean it’s time to ask for help. Even if you don’t know why you’re feeling this way, you may be going through something that is nearly impossible to get out of without help from people who love you. Asking for counseling is not a sign of weakness, by any means, but instead it shows that you have courage. As young adults, we may feel uncomfortable at times coming to older adults with our problems, but the first source of encouragement and contact anyone can (and often should) make is to professors and faculty advisors. Let them know that you’re having a hard time but that you are still trying your best. Having an open and honest line of communication with the people you see day in and day out is a step in the right direction, and the more people know about what you are going through, the stronger your support system should be.

Dealing with these issues is tough, and friends of people with anxiety and depression are often caught between a rock and a hard place, wanting to help their friend but also realizing that they need space. The best thing you can do for your friend is to simply be there. Listen to them. Don’t try and minimize their problems, however small you may think they are. As for parents, paying close attention to your student (especially if they are freshman) can go a long way in identifying behavior changes and moods that seem unlike your son or daughter. Don’t hesitate to ask them about their struggles and push them a little. When loved ones ask the hard questions, it’s more difficult to avoid them.

Here at MTSU, our Counseling Services offices are located in the Keathley University Center in the middle of campus, which used to serve as the old Student Union building. Based on the idea of providing students with goal-oriented therapy with the intent to balance your life, MTSU’s Mental Health Services are here to help any student get their life back on track and enjoy their college experience, not suffer through it.

And whether your mental health issues are rooted in something deeper than a failed math test or not, take it from people on their way out of college: Never worry too much about your grades anyway. We promise you, employers won’t care as much as you do.

Next Murfreesboro Pride will celebrate the L.G.B.T. community this Saturday

Give stress the boot: how to maintain good mental health during a pandemic 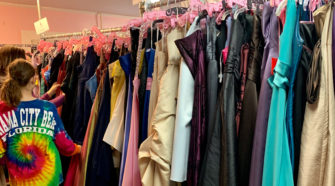