On “Ballerini,” Kelsea Ballerini reinvents herself with a record that’s more emotional and mature than her last LP, which released on March 20th of this year. The new album dropped around the world on Friday, inviting everyone to hear more intimate versions of the songs they heard on her previous project.

The lifelong Tennessean has been around the music scene for a while, writing songs since the age of 13. Ballerini has been known to craft heavy country-pop music that’s done well commercially. “Kelsea,” “Unapologetically” and “The First Time” previously topped charts with catchy melodies and relatable themes.  Her last album, “Kelsea,” contained powerful meanings within its songs, and, considering the songs are the same lyrically, many carry over to “Ballerini.”

However, this album sounds much different than what we are used to seeing from the country-pop artist. She clearly wanted to dive in and try something she normally wouldn’t do. “Ballerini” reminds me of Taylor Swift’s “folklore,” both records representing a departure from the genre we’d normally expect.

The songs on “Ballerini”  have been gracefully redone, not through their lyrics, but through keys and instrumentation. Ballerini wanted to show a more emotional side of herself, according to her Instagram.

“I overshare because I overcare/ Bout the person over there who’s completely unaware that/ I overthink, then I overdrink to overcompensate,” says Ballerini, turning the once upbeat “overshare” into a toned down reveal of her feelings.

“half of my hometown,” a heart wrenching song about keeping your hometown a part of you,  contains flowing guitar chords that fill the room. Kelsea originally sung this song with Kenny Chesney, a fellow Knoxville native. Here she sings it solo and full of passion, “Cause half of me will always be/ Knoxville, Tennessee/ My hometown/Cause I’m half of my hometown.”

“love and hate” stands out as one of the songs that has a completely different feel from the previous album. Once an energetic country-pop tune, this bluegrass rendition emphasizes the song’s emotional core. Another standout among the tracks is “bragger.” With its electric guitar and slower beats, the song seems to have a new meaning.

A few tracks that didn’t really change much instrumentally are “la” and “homecoming queen.”  While “homecoming queen” has differences with new piano chords and a slower melody, it doesn’t really separate itself. “la” gives off a relaxed vibe, much different than the version on “Kelsea,” but it still feels as though there could have been more done to the song.

“Ballerini” is full of emotion and consistently charming with the vulnerability in its lyrics and melodies. It works as a great companion piece to “Kelsea,” painting a full picture of who Kelsea Ballerini is.

Previous "Let's Continue To Be Safe," as two week moratorium restrictions are lessened

Next MTSU Kicks Off First Annual Blood Drive of the Year 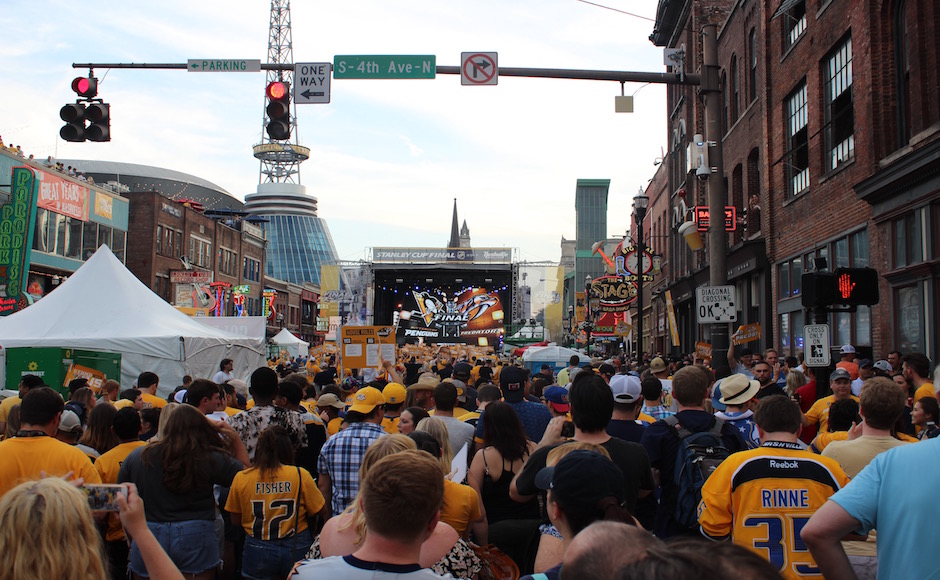 Predators shut down Nashville in their quest for the cup