A couple died after a domestic violence shooting occurred Wednesday night at their Annadel Court home off state Route 96 West with their two-year-old son inside.

Patrol deputies found the bodies of Anthony, 47, and Amanda, 36, Gaunichaux inside their home, according to lead Detective Angela Hall.

“(Amanda) appeared to be the victim of a fatal shooting,” Hall said in a Facebook post from the Rutherford County Sheriff’s Office. ‘The husband died from a self-inflicted gunshot wound.”

According to the post, Rutherford County Sheriff’s Office dispatchers received the 911 call a little after 10 p.m.

“While dispatchers were on the phone, they heard shots fired over the phone,” Hall said in the Facebook post.

Upon arrival, responders saw Anthony Gaunichaux place his two-year-old son outside of the residence and walk back inside. Deputies cared for the son in a patrol care.

According to Hall, patrol deputies then heard a gunshot, entered the home and found Anthony Gaunichaux and Amanda Gaunichaux dead. Their child was not physically harmed during shooting, and he is currently being cared for.

Detectives commended the responding deputies for how well they handled the situation under stressful circumstances. Patrol deputies respond daily to domestic violence calls.

Next Why some millennials are choosing less pay, underemployment 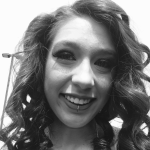 Two Students Steal Over $114k from MTSU, According to TBI