By: Angele Latham | Editor In Chief

Another sexual assault has been reported on Middle Tennessee State University’s campus, following the pattern of a previous assault earlier this week.

The second assault, which was announced in a university-wide email on February 1, was reported on January 29 at 8:41 p.m., when the student stated that she had been grabbed on the buttocks by an unknown male while walking near the Champion Way Garage. The student described the man as black, tall and thin, wearing a dark red jacket and dark pants. Similar to the previous assault, the man fled the area and is still at large.

University Police stated that they believe the incidents are related, and have increased patrols around campus as part of their ongoing investigation.

The previous assault occurred at 8:55 p.m. on Monday, January 27 in the Davis Science Building parking lot. The victim stated that the suspect’s race was unknown but he was “tall, thin and wearing a gray hoodie and dark pants.”

Students are asked to please contact University Police at 615-898-2424 if they have any information about these incidents.

University Police also offers safety escorts on campus 24 hours a day. Students are urged to call 615-898-2424 if they are unsure if they are safe. 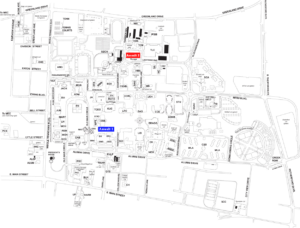 Story by Stephanie Hall | Contributing Writer A bill that would criminalize drag shows in public areas was introduced...